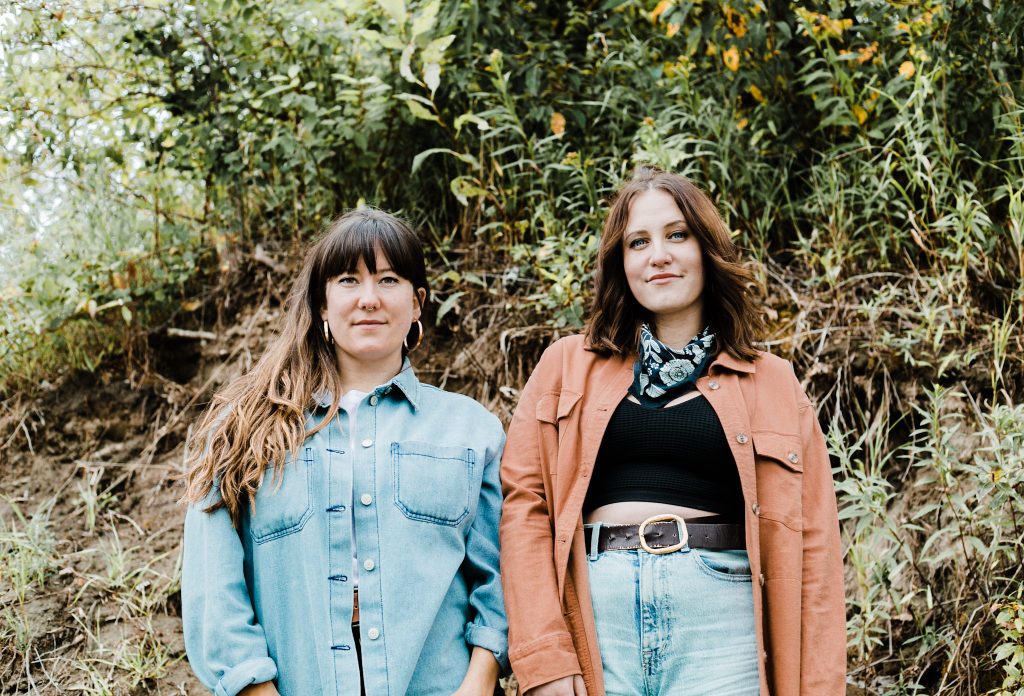 Based on their name alone, The Goddamsels aren’t your grandparents’ idea of country music. Formed out of the longstanding friendship between Alberta-based singer/songwriters Mallory Chipman and Frédrique “Freddi” MacDougall, The Goddamsels write songs with strong, empowering messages, blended with elements of folk, pop and traditional country, all tied together by their stunning, instinctive harmonies.

Indeed, adding their own distinctive twist to country music has been a main part of the pair’s motivation from the moment they hatched the plan to create The Goddamsels in 2020 during the height of pandemic restrictions. Fully aware of each other’s musical strengths and prodigious work habits, Mallory and Freddi quickly found a rhythm writing songs remotely, and by the summer of 2021, they were prepared to record five of them over a three-day session with Franchuk and some of Edmonton’s finest players at Riverdale Recorders, with the sixth song completed by year’s end.

“One of the things that makes this record stand out is that we have put a lot of thought into writing and arranging for two lead vocalists,” Freddi says. “We are also proud to be creating space for new narratives in the country music scene with our choice of content and storytelling.”

In Freddi’s view, “We are starting to really settle into ‘our sound.’ We initially brought in songs we wrote individually and I feel that we are leaning more heavily into co-writing.” Mallory agrees, adding, “Being in a band with two leaders has been such a beautiful process. Rather than it feeling like we’re stepping on each other’s toes, we’ve found a synergy working together when it comes to co-writing and the behind the scenes work. We’ve come a long way since our bar band days, and have evolved creatively to hold our own as songwriters and performers.”

With Wayward Daughter, The Goddamsels are poised to make a powerful first impression within the roots music world—and one that is sure to leave everyone who hears them clamouring for more.