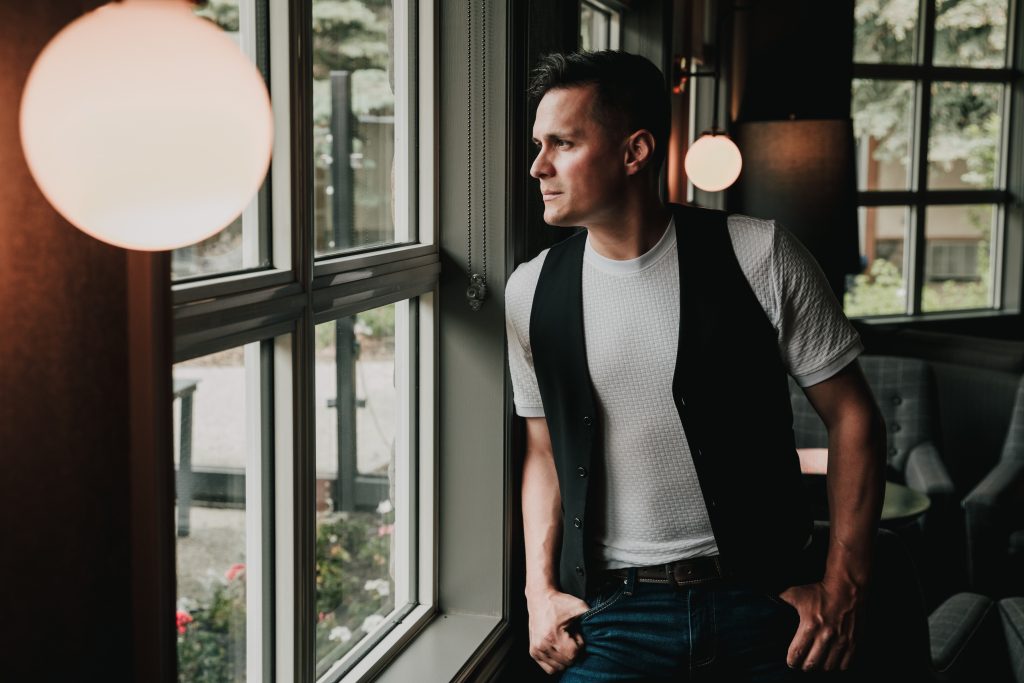 With roots coming from the Saugeen First Nation Reserve in Ontario, Inspirational Country Artist Stirling John is now proud to call Alberta home. Residing just outside of Edmonton, Stirling John takes pride working along side the first nation communities a crossed Canada, with a strong passion for helping Indigenous youth.

Stirling John has invested much of his time and efforts into recording a new project being released later in 2022. Digging deep into his soul and drawing on what Stirling John is most passionate about, other people and giving back to the community. In doing so, Stirling John found himself. The first single from the new album was a bit of an awakening, a realization if you will of what means the most. Where I’m Meant To Be, is not only the title of Stirling John’s next project but the first release to come from his first full length album.

Music has always been something that has been close to Stirling John’s heart. Growing up singing in church with his mother and siblings. For a time, music began to take a backseat to life. After graduation Stirling John, made a life choice to become an RCMP officer and start a family. Over the next few years, Stirling’s path took several turns eventually leading him back to a place of comfort and passion…. Inspirational Country Music. Stirling’s powerful yet comforting vocals touch listeners hearts and souls with songs like Believe, Where I’m Meant To Be and Weight Of The Call. Stirling John is committed to putting a light on the topics that matter most to him, real life people and events.

Drawing inspiration for artists such as Paul Brandt, The Newsboys, Chris Tomlin and Rascal Flatts, Stirling John introspective music carries his listeners down a path of emotion.

In Stirling down time, you will find him being a dad to his children first and foremost. On his days off, Stirling spends time volunteering his time and resources helping develop music programs for Indigenous Students or underfunded schools. Through his passion to help others, Stirling John’s music has also given opportunity to becoming the first Ambassador to the Veterans Association Food Bank in Calgary.