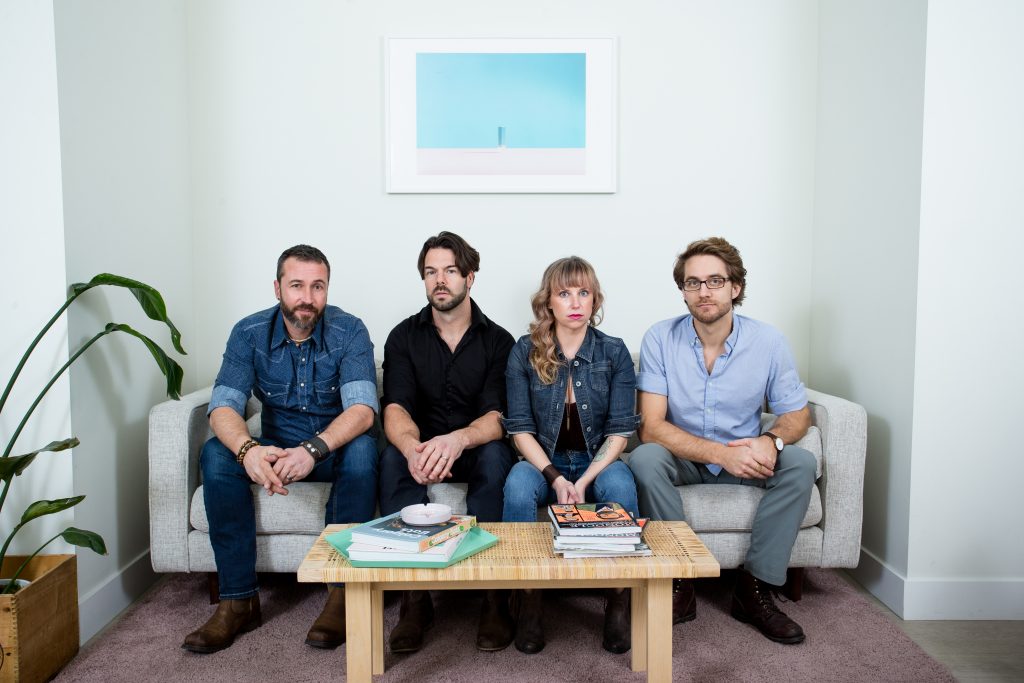 Steel & Timber started with a banjo, an acoustic guitar and a summer evening jam in Calgary, Alberta. Nathan Harris-Thompson and Benjamin Rogalsky expected to play some covers, share some ideas, and enjoy the outdoors. What they didn’t expect was an audience. With requests for albums, future performances, and a guitar case full of tips, the duo branched out and started a band.

Husband wife duo and Newfoundland natives Navarro and Stephanie Ralph added the drum and bass, contributing to the country, roots, folk rock sound that is influenced by bands like the Black Keys, the Avett Brothers, Johnny Cash, and Jack White. CBC Calgary’s Jenny Howe said “It’s impossible to listen to this band without clapping your hands, stomping your feet, and grinning.”

Three releases include, Home Brew 2015, Everything you Own 2017, and a self-titled third album set to be released in the spring of 2021.

Notable performances include The Sunrise Festival in Inuvik, Northwest Territories, The Big Rock Barn Burner in Calgary, and Rogers Hometown Hockey in Canmore, Alberta. Steel & Timber have also opened for Paul Brandt, The Heels, Whitehorse, and The Dead South.