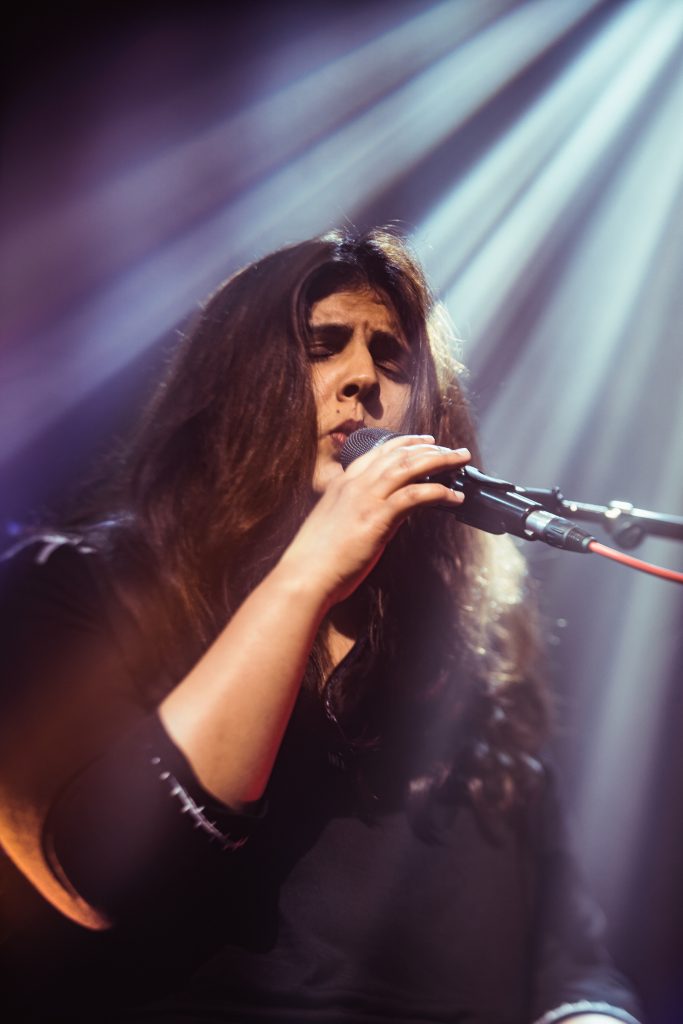 Shumaila Hemani is a PhD in ethnomusicology and a Sufi singer and songwriter from Sind, Pakistan. Her research and performance in Islamic mystical poetry of Shah Latif has resulted in cross-cultural lecture demonstrations, performances and electro acoustic compositions in North America and Pakistan. Her research and performance accomplishments have been honoured by the first prize award(Society for Ethnomusicology), the cultural diversity award (2015), state of Kuwait award in Islamic studies, frank Henderson award, and the flore Shaw graduate award to name a few. She has performed for cultural advocacy, social justice and peace for the international week (2013, 2016, 2019), the Banff arts centre, and Pakistan American cultural centre and given music educational workshops for children and adults at Philosophy for Children Camp, world music seminars at the University of Alberta. She was also invited to present an electronic piece related to health and wellness for a masterclass at the SALT new music festival in Victoria.
Shumaila’s music cuts across gendered norms in South Asian musical tradition, as she presents male repertoires as well as styles of singing taan (virtuosic musical phrases in Hindustani music) from a feminist position. The reviews in Calgary Herald and the Edmonton journal describe her music as “mesmerizing,” and “emotionally nerve-striking,” carrying “vocal virtuosity” and “expressing radically different inner existential visions”. Her upcoming music album “mannat (a prayers-a wish) combines four different styles of singing Sufi
Poetry in Sind with the aim to immerse the listener in contemplations of love and self-healing that empowers them in resisting systemic oppression and chaos of a changing world.