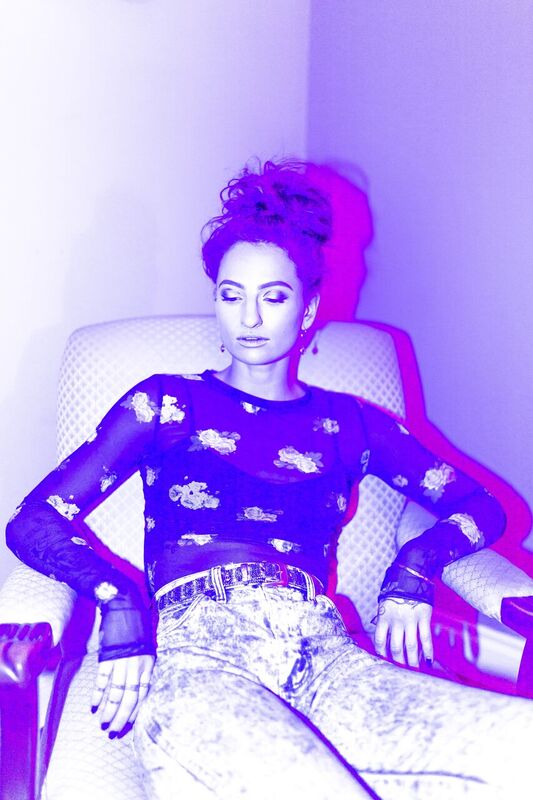 Biography
Selci is the diversely talented Canadian electro-pop musician, born in rugged Winnipeg
and currently incubating in the Calgary electronic music scene. Her grasp on blending
pop and alternative culture is astute and innovative. In the last year she toured Western
Canada twice and has played over 50 concerts including Sled Island, Big Fun Festival,
Northern Touch Music Festival and opening for Ryan Hemsworth. Selci’s performances
utilize live electronics in a deeply immersive fashion, by live sampling, looping and
playing the beat pad and keys. She has a hauntingly powerful voice that completely
transports listeners into her tapestry of sound.
This year she released two singles. The first Gone W Thuh Wind (Sept 2017) was
released with a music video in which Selci executed the concept, art direction, and
directed. She followed this single with Apple$ (April 2018), the track was co-produced
with Beatchild (Toronto) and also came out with a vibrant music video spearheaded by
Selci.
In Spring 2019 Selci will release her debut EP followed by a Western Canadian tour.