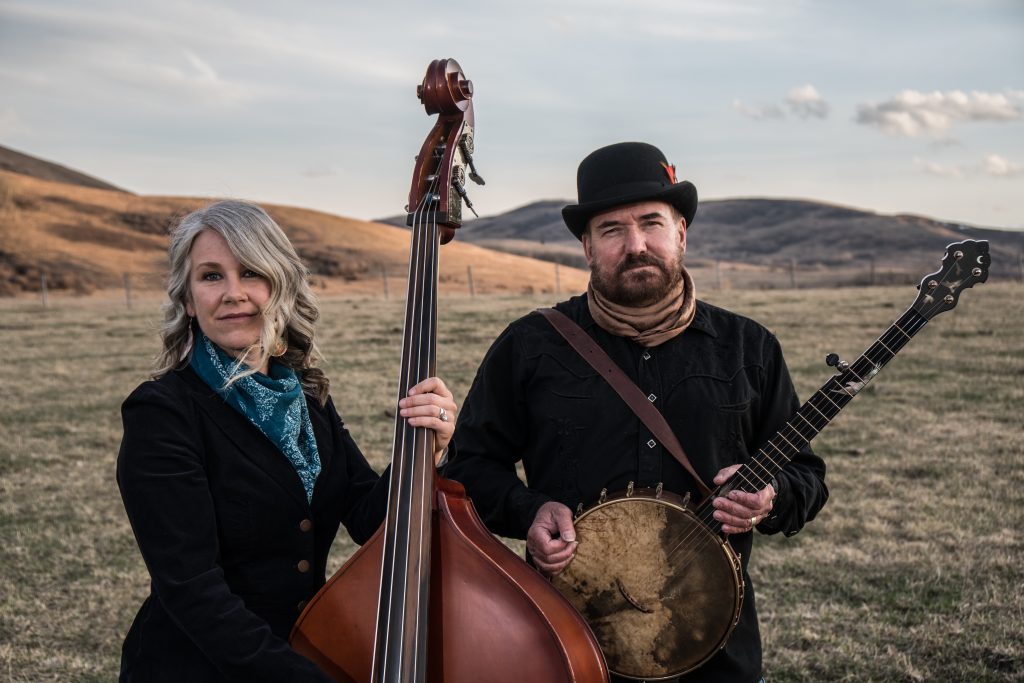 Canada’s roots/swing duo “Over The Moon” are totally immersed in real cowboy country. When you set up home in the foothills of Alberta’s Rocky Mountains, it’s inevitable there will be a strong sense of place and the rhythms of the land when you start to play music.

The couple’s debut album, mostly written and recorded on the ranch where they live, reflects the pulse of life living in a territory that is rugged and beautiful.

It’s a wild ride from 40’s western swing and Appalachian old- time, to cowboy blues, all featuring their meant-to-be vocals and a wide array of acoustic instruments.

Suzanne Levesque and Craig Bignell are both award winning multi-instrumentalist/vocalists that have spent most of their lives as (studio and live performance) musicians for other artists. After they discovered that their voices blended together so well that people were often moved to tears upon hearing them sing together, they decided to try their own project.

Simple and sweet, from the title track, “Moondancer” (given to them by their neighbour Ian Tyson) to “Turtle Mountain” which documents the 1903 Crowsnest Pass disaster known as the Frank Slide, all of their material seems to have a common thread the speaks the Canadian west.