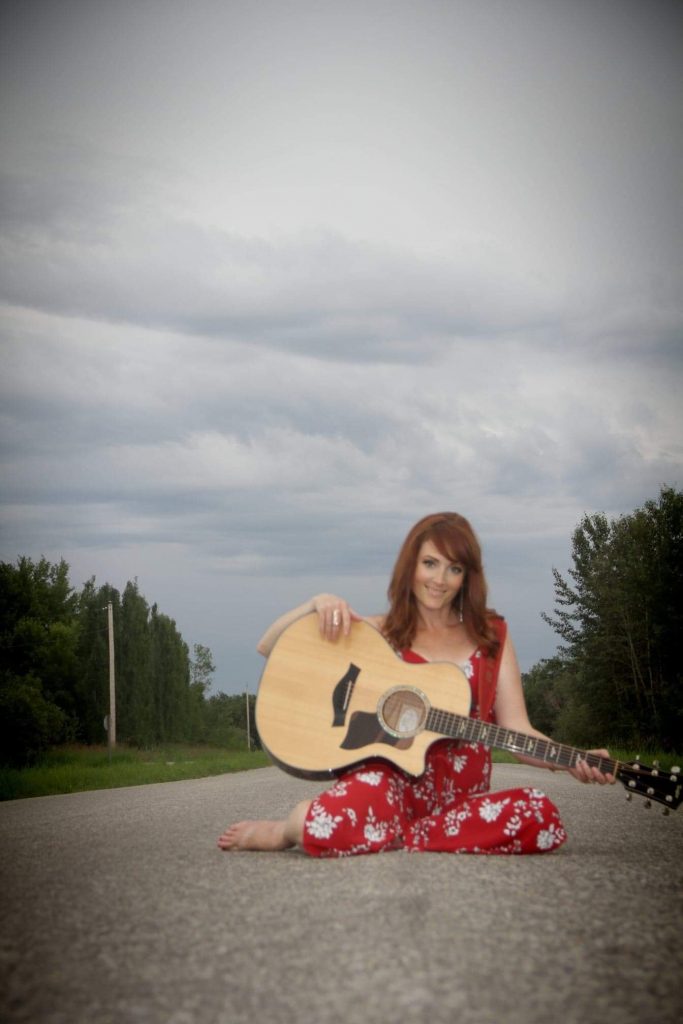 A frisky fireball no matter the occasion, Kym Simon is a quick-witted pistol on stage and off that can light up even the darkest rooms with her vivacious personality and compelling voice.

Kym Simon has been bulldozing herself a path in the Canadian Country music scene for decades while still remaining undeniably down to earth. A devoted wife and mother of two, dedicated music teacher, and businesswoman, the singer/songwriter has again struck gold with her new single “Heroes,” released Aug. 30th, 2019.

“Heroes” comes hot on the heels of her January 2019 single “You Got This”. Much like her previous single, “Heroes” was also recorded at Sound Extractor Studios in Edmonton, Alberta under the watchful eye of producer Stew Kirkwood. Along with Kirkwood, Simon again wrangled in Chad Melchert (CMMA Drummer of the Year), and Travis Switzer (CCMA Bass Player of the Year) for the track. Written alongside Daryl Dudiak, “Heroes” was originally inspired by the Humboldt Broncos. However, it became a touching tribute to the heroes everywhere.

To watch Simon perform, she owns the stage like the naturally born entertainer she is. It sure isn’t easy picturing her as a painfully shy, small-town girl from Stettler, Alberta. Simon comes from a long line of musical pedigree with her grandparents being in the local dance band and her parents playing together in a band of their own.

With music running through her veins, it seemed only logical that Simon would have been taking center stage since childhood. That, however, was no the case. Her defining moment came at her high school graduation ceremony where she sang Mariah Carey’s “Hero”. Shaking like a leaf throughout the entire song, but receiving plenty of compliments on her performance afterward, Simon realized that perhaps this singing thing was something she could do.

Some of Simon’s earliest musical influences include Michael Jackson, Martina McBride, Celine Dion, and Bryan Adams. Throughout her lengthy performing career, she has shared stages with artists such as Patricia Conroy, George Canyon, Aaron Pritchett, Doc Walker, Charlie Major, Wendell Ferguson, Glass Tiger, and Gord Bamford. Simon really shines onstage and off, but on the songwriting side of things is where she really comes through.

Back in 2008, she was the winner of Nashville’s 2008 Music City Songwriter’s Competition with her hit single “Easy Way Out” which was featured live on Great American Country, as well as on XM Satellite Radio.

Simon has also either written or co-written nearly every song on her roster. An incredible feat. Simon’s most recent EP, Mirror, was recorded at Calgary’s MCC Recording Studios with producer Johnny Gasparic (George Canyon, Clayton Bellamy, Bobby Wills, Gord Bamford). With her last two projects being recorded a little closer to home, it is important to note that Simon has also recorded down in Music City – Nashville Tennessee. Her first and second albums, 2000’s If You Stole My Heart and 2007’s Priority respectively.

Simon has also contributed quite a lot of her personal time and resources to charity. Specifically to emergency services and first responders as her husband is a firefighter with the City of Edmonton. Honestly, Kym Simon is the all around full package. An honest, down to earth, talented, and astonishingly kind-hearted person. Keep an eye out for all of Simon’s upcoming projects. You never know what this vivacious songstress is going to come up with next!