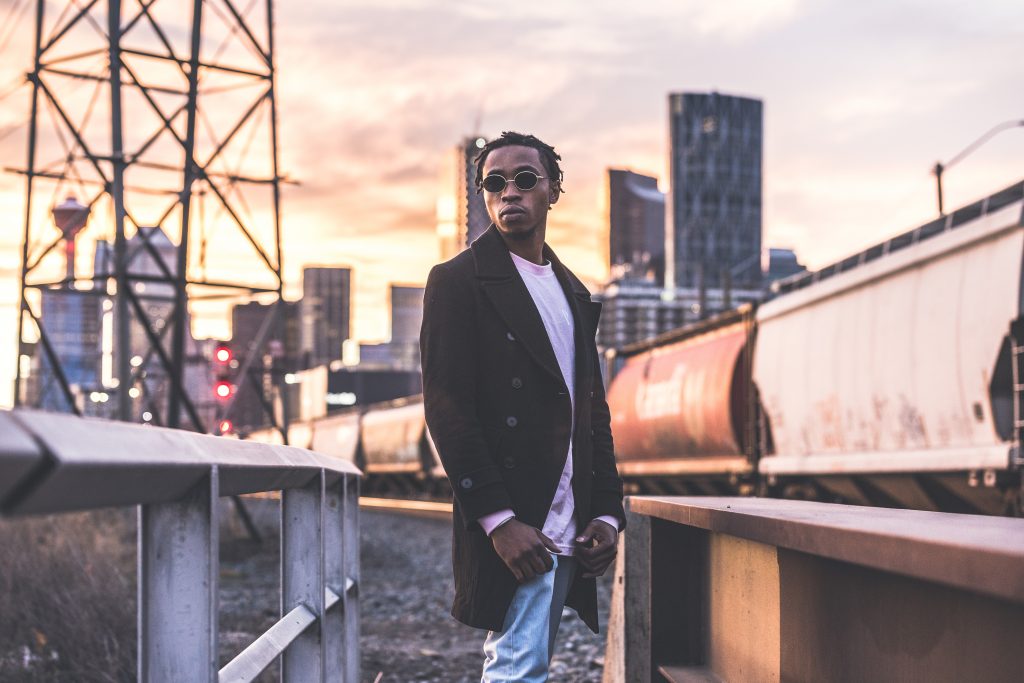 Kingston Imoh is a Nigerian born Canadian Artist, producer and songwriter. While growing up in Lagos, Nigeria in the 90’s he was surrounded by various traditional music such as Highlife, Afro Juju, Fuji and the popular Afrobeats music pioneered by the late Fela kuti. As a teenager he was introduced to Hip Hop and R&b music as well as other western pop music which shaped his identity as a young man.

After graduating High school, he moved to Canada in 2008 to further his education in Business Administration. This was the first time he explored his artistic capabilities on stage as a performer, actor and sometimes dancer at university talent shows.

While studying at Trent University he began organising shows and events under his company ‘PromoKing’ in collaboration with guest Dj’s and sometimes booking big names like K-os. This venture gave birth to the idea of working in the music industry after completing his education.

Upon graduating in 2012, he moved to Calgary Alberta where he met a producer and collaborator who would let him sit in on sessions and learn the art of making music. After a year Kingston came to the decision that music was his passion. He was ready to start making music and proceeded to apply what he had learned through his creative sound.

He released a few songs on soundcloud between 2014 to 2015 after which he took a break to further perfect his sound.

In 2020, Kingston plans to release an extended play(EP) album featuring some of the artists he works with to showcase all that he has learned throughout his musical journey.