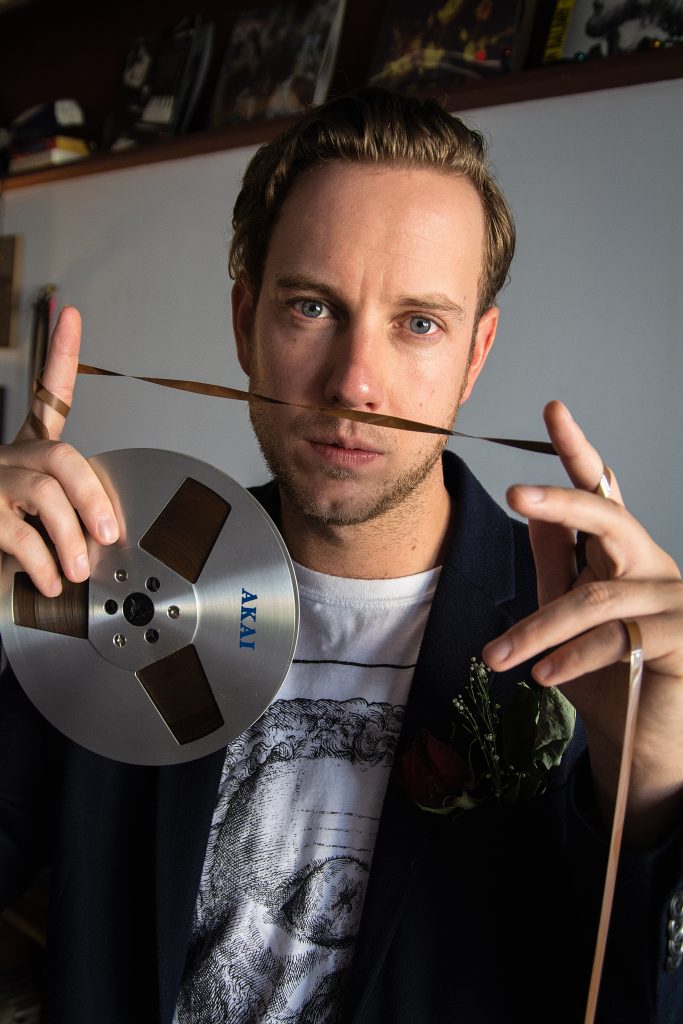 Joe Nolan has shared the stage with/ opened for the likes of Melissa Etheridge, Shakey Graves, Blackie And The Rodeo Kings, Wilco, Todd Snider and the legendary Peter Asher to name a few. He is heralded by the Globe & Mail, No Depression and other publications as a roots rock wunderkind and a rising cult hero. An opinion confirmed by his 2014 Colin Linden-produced, Tornado. However with much acclaim, Nolan’s remained a mysterious artist, and some have wondered what took him so long to return with his new offering.

Now the Edmonton, Alberta native is back with Cry Baby, an album that finally opens up what Nolan has kept locked tightly for the past five years. The 10-song collection is a trip through melancholic madness, touching on darkness and depression, broken relationships and endless booze-fuelled evenings. Yet, at its core is Nolan’s unwavering strength as a lyricist, and his wounded-heart delivery that reminds us of our humanity. Cry Baby is, in essence, Nolan unapologetically sharing his story, and through that finding a second chance and a new beginning.

If there’s a common thread to Cry Baby, it is indeed a sense of walking back from the edge and recapturing joy—and perhaps personal identity. It can be heard on the heart-wrenching “Music In The Streets” (featuring Lydia Loveless on backing vocals) in which two gun-shy lovers embark on a new relationship. It’s also there on “Dead Ends and a Damaged Heart” and “Stand Up For Your Love,” songs that carry more weight of experience than anyone Nolan’s age deserves. Still, it’s a weight he carries with dignity.

“A couple of these songs are about what’s happened to me over the past five years—being signed to a label at a young age, not knowing how to navigate the music industry, making poor choices, not being able to be artistically free… ‘Another Dead Poet’ is a pretty honest reflection about at the point of almost packing it because I was so sick of the struggle.”

Therein lies the irony of Nolan choosing to call this album Cry Baby. Few other songwriters outside of, say, Lucinda Williams and Mark Kozelek consistently demonstrate a willingness to venture as deeply into the dark corners of their psyches. With Cry Baby, Joe Nolan is now ready to live again after gazing into the void.