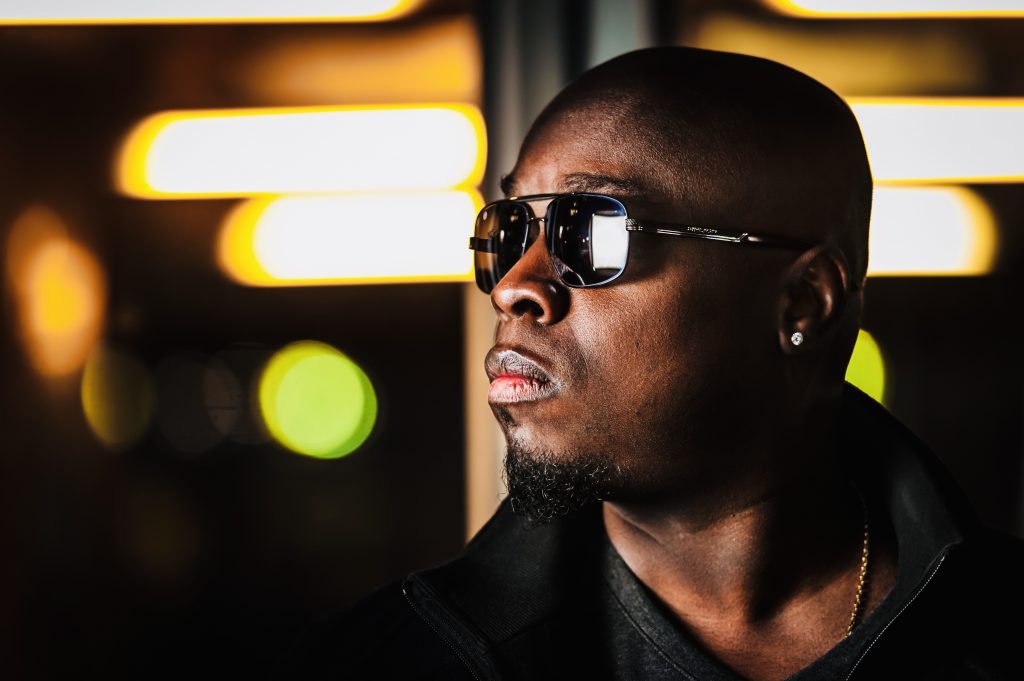 JAMES NOBLE is an African-Canadian Rapper and Producer with an undeniably compelling sound. He takes the listener on his life journey with percussive beats, gripping melodies and thought-provoking wordplay. While NOBLE currently resides in Calgary, Alberta, CANADA he embodies the cultural influences of both his Ghanian and North American heritage.

The ‘GOD’S WORK’ LP is a statement from Noble that hip-hop can be a force for good, as highlighted by his 2021 singles ‘Say Something’ and ‘God’s Work’. Internet blog the-further.com called Say Something ‘The Best Hip-Hop Track of the Season’ while Georgia’s hakeemprime.com hailed Noble as a ‘Diamond in the Rough’. Both singles recently caught the attention of CBC’s ‘THE BLOCK’ programming, as more noise is generated around his next single ‘Focus’ due for release in November 2021. ‘God’s Work’ is expected to drop Spring 2022. Fans will also be able to engage Now in a new way with the launch of his premium urban clothing line NOBLE 1979 also due next year.

NOBLE displays the lyricism he developed alongside a group of gifted emcees he attended college with near Houston, Texas. They helped cultivate his sound which gave him the confidence to become an artist in his own right. After forming a group with said rappers and performing alongside them, Noble returned to Canada a year later to continue his music career. “Music is part of my contribution to this planet; it’s also what’s kept me sane along the way. Sharing my gift is the best way I know how to effect change. ” Noble’s authentic display of his art has led to frequent performances, local television appearances and international exposure.

In 2017 he released his first music video, Force of Nature, set in Feudal Japan combining Hip-Hop with the story of a Samurai Ronin battling a demonic apparition of himself. Stingray Music called the project ’Visually Compelling’ and aired the video nationally on their new ‘Stingray Now 4K’ Music Video TV channel.