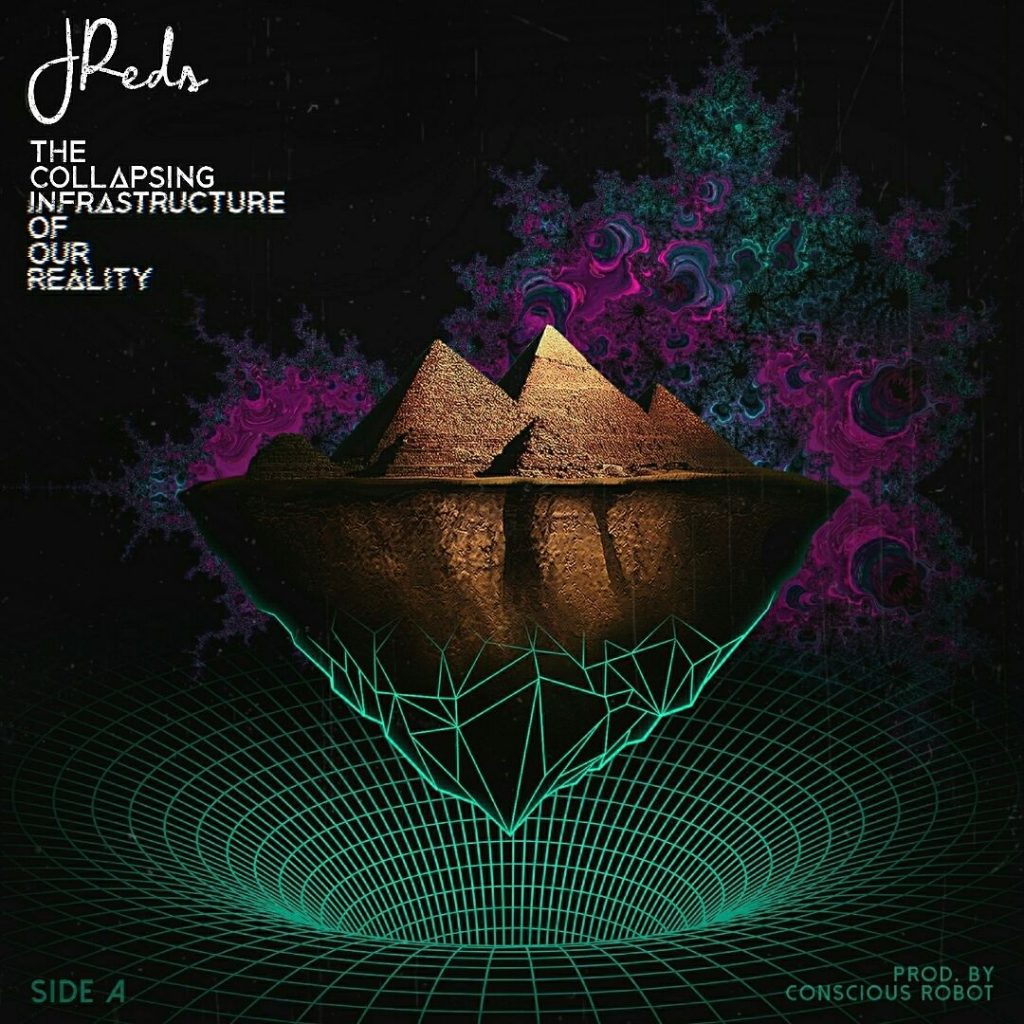 J-reds has always been a bit of genre chameleon. Moving around the country a lot through youth, he was exposed to many social circles & backgrounds. His initial dive into instrumentation began with rhythm as J-reds smacked his fathers drum set around. This fascination grew, but due to housing limitations, a switch was made to play guitar. Overwhelmed by the beauty of classic acts such as, The Beatles, Pink Floyd, Jimi Hendrix combined with his fathers hero’s such Van Halen, & Judas Priest were tossed in a melting with adolescent hero’s like Blink 182, Sum 41 & Billy Talent. This pot was then seasoned with his mothers country music love with classics from Willy Nelson, & Dolly Parton, to modern writers like Shania Twain, Alan Jackson & Martina Mcbride. This largely created a musical necessity to combine complex and thought out ideas that many artists shy away from, over a musical landscape that seamlessly morphs brutality & melodic harmony.

Slowly J-reds became less involved with Punk Rock & Heavy Metal and a fixation on hip hop began to take shape specifically with emotionally powerful/Conscious Hip Hop & the Freestyle/Written Battle Rap Culture. His freestyle and written battles can be found online on many platforms such as King of the Dot, Rep Yo Self, & Smoked Out Battles. Using promoting events as a platform to break into the industry, J-reds has toured, played shows & or collaborated with personal hero’s and industry leaders.

Soul, Authenticity, Innovating, Originality & growth are always the focus of musical construction. Started playing music amateurly at age 12, Started professionally recording and releasing at 15, J-reds is in his 11th year of professional musical development and has an exciting spring of touring & and eventful summer of festival collaborations, coming too your city to create a shared moment of humor, laughs, tears, cries, bouncing head hip hoppers and arm flailing ravers, in an intimate exchange communal connectivity.