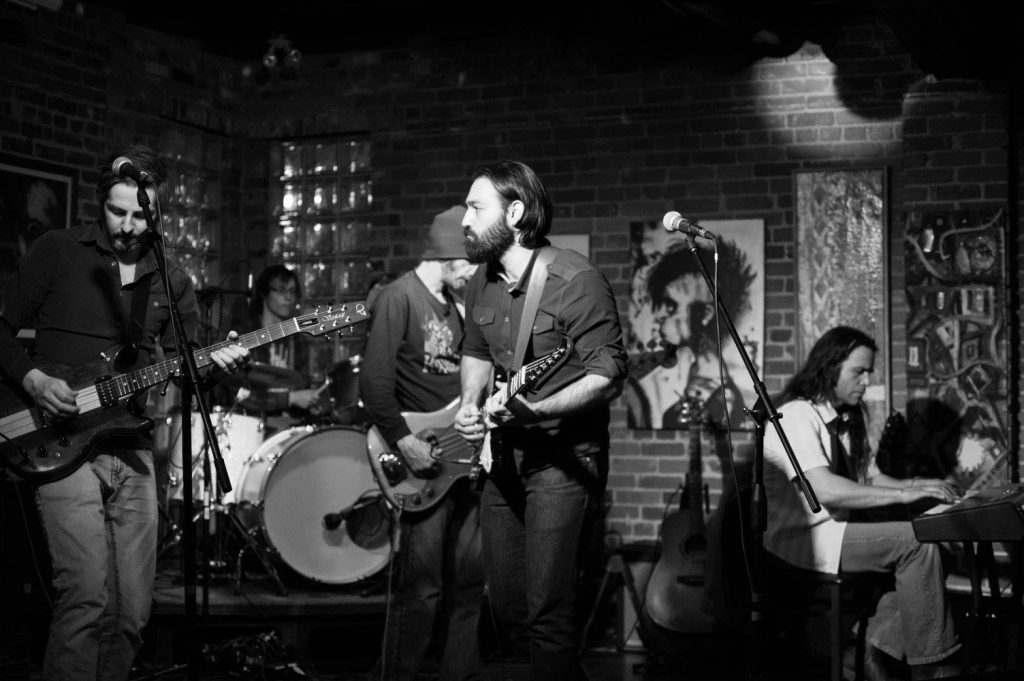 Guitarist Stuart Bobbin knew he’d found the right guy when he spotted the Radiohead sticker on
the truck of singer Joe Paonessa – who’d come to rescue the recent Scottish immigrant in the
middle of the 2014 Edmonton blizzard after he got lost on the way to jam with a guy he’d never
met.
“I got a warm feeling,” Stuart says. “Oh, this guy likes exactly the same kind of music I do!”
The pair hit it off, found they shared other UK influences: U2, The Who, Oasis. They formed a
folk duo, which in 2016 turned into the progressive-leaning modern rock quintet Hewson Grey,
with the addition of bassist Caleb Bradley, drummer Ryan Crampton, and keyboardist Tophie
Davies. They share vocal duties, giving the band its distinctive art rock sound. “Even when we
try to not to be proggy, we sound proggy,” says Joe.
Hewson Grey made their mark in 2018 with the trippy single Waited All Night, which received
airplay on stations such as 102.3 Now! FM, CJSR and CJSW and over 20,000 streams on Spotify.
Hewson Grey also had appearances at festivals including K-Days (supporting Rural Alberta
Advantage), Bro-tel Backyard Festival, Waynestock, and had support slots with Nuela Charles,
Electric Six, The Coronas, and The Dudes.