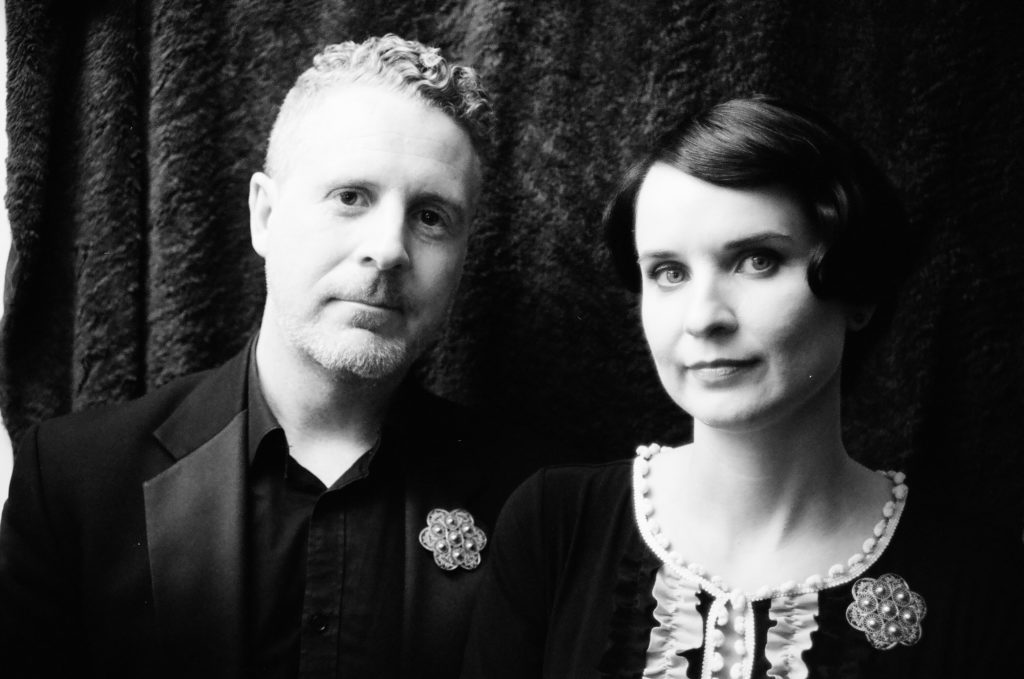 Fearless and meticulous. Fragile and melancholy. Forthright and mighty.

F&M (Edmonton’s Ryan and Rebecca Anderson) is a baroque-pop outfit with a penchant for dark lyrics and mesmerizing melodies. With their sixth and latest album, Lessons From Losers (September 21, 2018), F&M teach a master class in resiliency. At a time when music is more disposable than ever and careers seemingly last only a few years, F&M encourage kindred spirits to remain true to their artistry.

F&M’s forlorn cover of “Maybe Tomorrow” from TV’s The Littlest Hobo was featured in the modern hockey classic, GOON. All of the band’s full length albums have appeared on the Earshot charts — including 2010’s Sincerely, F&M (Shameless Records), which was N0.1 on the national folk charts for six weeks.

“Their boxing gloves may be made of velvet (thick, crushed velvet at that), but they will punch you.” Montreal Mirror

“F&M’s poignant, harrowing “Lessons From Losers” is a wondrous ode to those who opt for beauty and love, even in the face of loss and darkness. . . . [It’s] a shot in the dark – a bold hail mary awakening full of heavy hues and bittersweet, emotive melodies.” Atwood Magazine, New York, USA