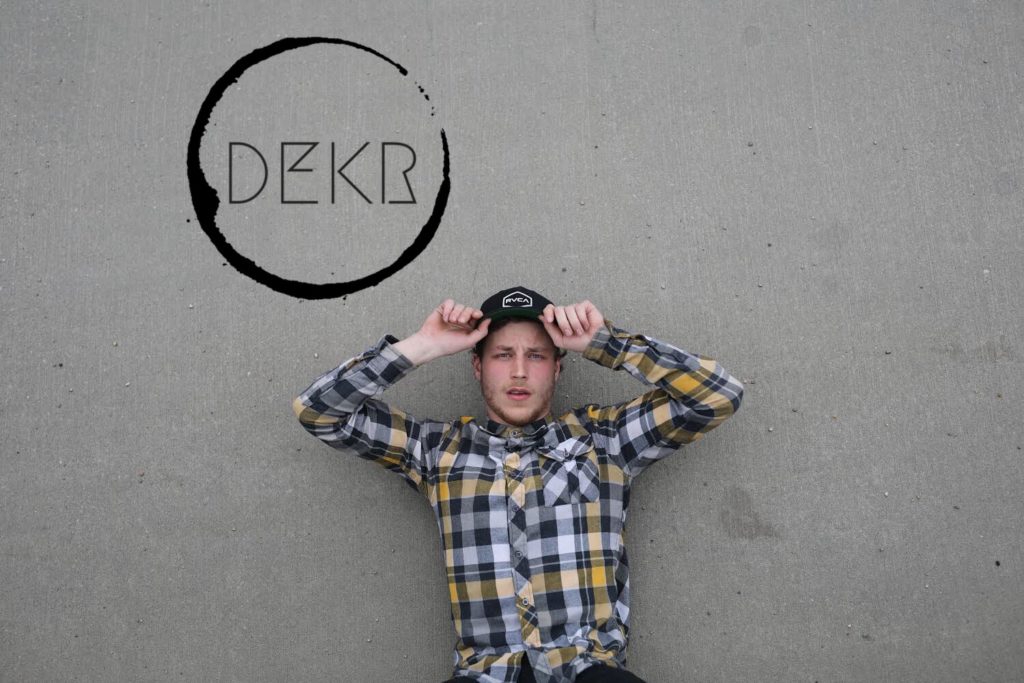 My journey as an artist is one of self discovery. I aim to grow with my audience and hopefully inspire others to create their own ideal life. I know how music has influenced my life and at young age understood that i was meant to reach out to others who felt the way I did and prove to them that we as a human race aren’t restrained to the boundaries we are born into and can accomplish anything through ambition, dedication, passion and most importantly love. I believe that if we embrace each day like it’s the beginning of something new and beautiful, we as a society, as a race can do immeasurable greatness and the way I choose to represent that is through the most powerful form of communication we have: Music.

“Birds born in a cage think flying is an illness”, moto of the Artist on the rise formally known as DEKR. A self taught Canadian music producer based out of Edmonton, Alberta, manifested his enigmatic style through his unconventional creative approach the Greeks describe as catharsis. His clinical attention to detail and esoteric sense of enlightenment, lights the wick to each song he composes. At a young age the the multi genre’d musician became attached to the piano, composing several ballads, ultimately paving the way for this young independent artists first breakthrough Album release: Fantasia Rhapsody. Not to be confined to a specific Genre, the trailblazing solo album had 2 soundcloud charting songs: Pathos (charting #3) and it’s polar opposite Eunoia (Charting #1). When asked what music means to him the artist simply responds with, “if music is a series of delightful moments, the keys in understanding that not all moments are the same; nor perfect. And to me that’s a beautiful thing. Life is mosaic, we all have a story, and every story deserves to be heard; and felt.”