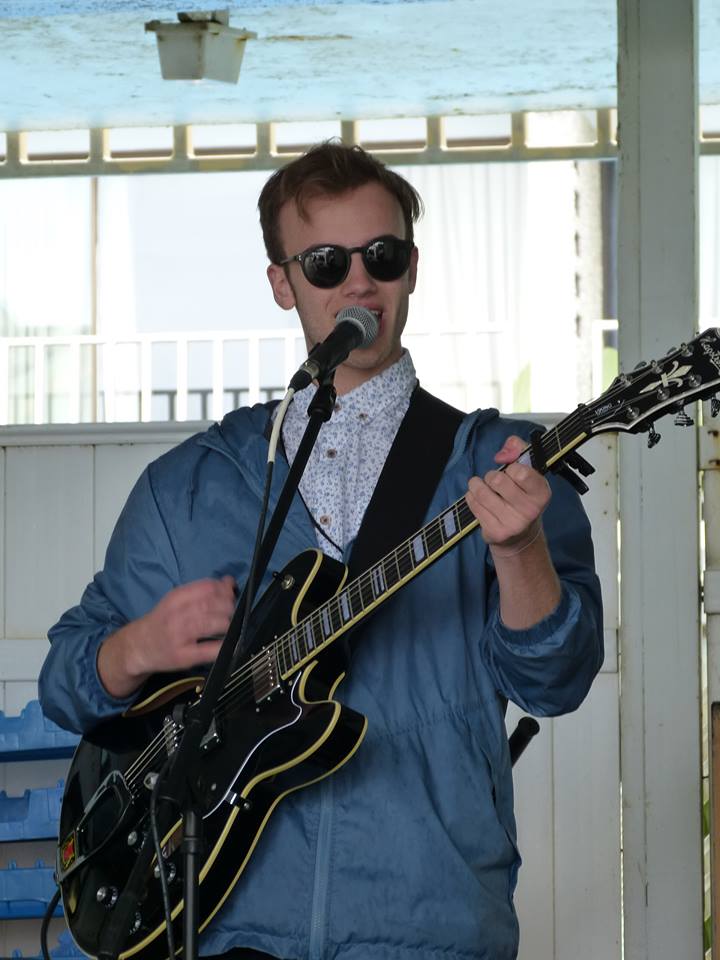 Dawson Rutledge is an 18 year old solo singer/songwriter, musician, and performer from Cranbrook, British Columbia, Canada. In 2015, he was awarded the top male musician scholarship by his high school and a District/Authority Scholarship by the Ministry of Education for his exceptional musical ability. Dawson’s very first performance of an original song, Mysterious Woman, was in June of 2015 at the Key City Theatre. Since that time, he has been busy performing, writing, and recording, and is now releasing a self-produced album of original songs, with another album in the works. This debut album, titled Today, Tonight, Tomorrow, features eight folk/alternative songs. Dawson’s songs often demonstrate themes of love, adventure, the inevitability of time, and important worldly issues. Dawson’s style of performing is very unique and extremely entertaining. He switches between his acoustic and electric guitars, and accompanies himself by playing a kick-drum and a tambourine with his feet. His style has been compared to that of artist Shakey Graves and his vocals compared to singer/songwriter David Gray. Dawson has been playing guitar since the age of 10 and started singing in choirs at the age of 8, but truly found his passion to be a singer/songwriter in his senior year of high school. He has a powerful and captivating stage presence which has developed from many years of music training, lessons, and acting in musicals. His music is available to download/purchase on iTunes and Bandcamp.