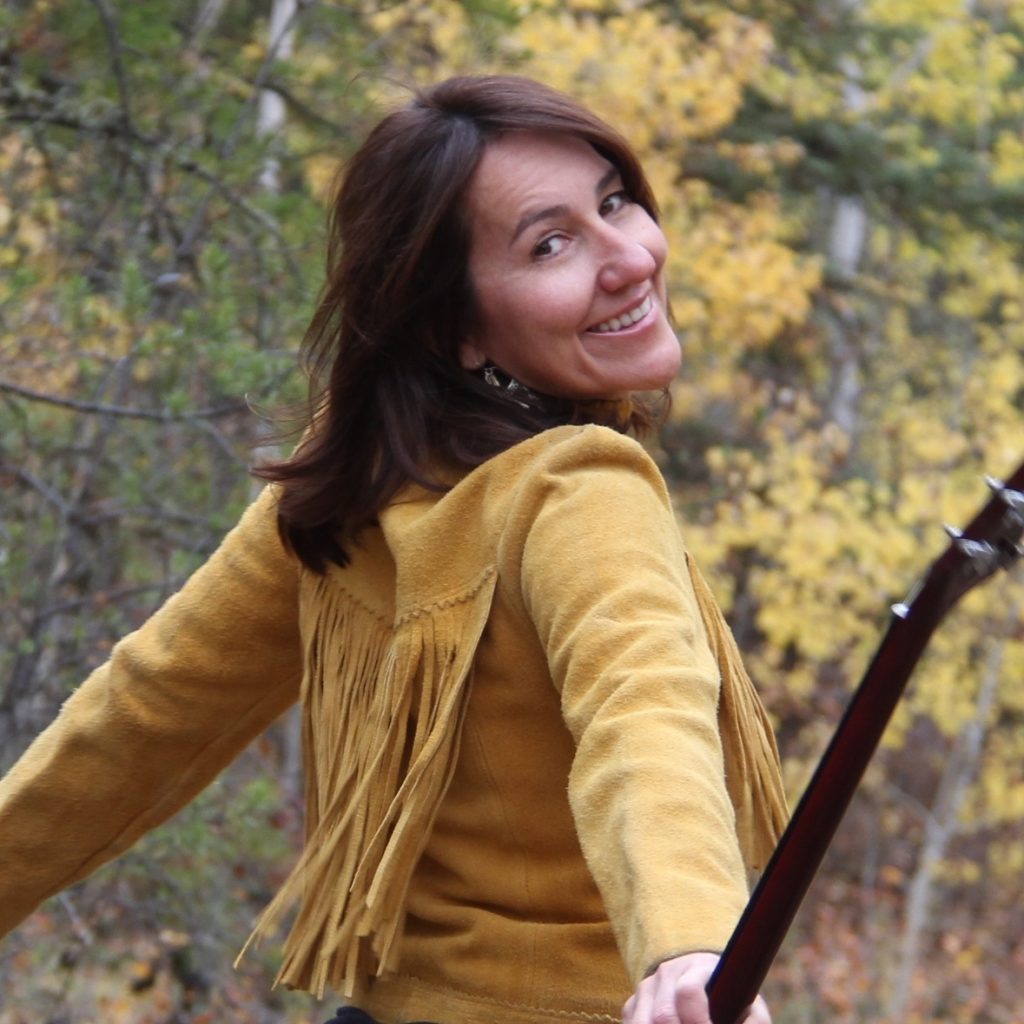 Cindy Paul’s rich vocals and rhythms combine for a melodic and insightful journey through your imagination and into your heart.
On a small ranch near Fort Vermilion, Alberta, a young girl of Metis/Cree decent discovered the power of combining her voice with a guitar. By fifteen, she was composing her own songs, and at twenty one, walked into a studio, paid for an hour session and walked out with her first demo. This was the beginning of a lifelong friendship with Barry Allen at Homestead Recorders and Cindy Paul’s dream of recording her own songs.
In 2001, Cindy completed her first full length album produced by Gord Matthews and Barry Allen at the Homestead studio in Edmonton, Alberta which featured a track written in 1990 inspired by a Residential School survivor called He Can Fancy Dance. In the spring of 2015, a video of He Can Fancydance had been shared over a million times on social media which propelled the official release of This Northern Girl for international sale. It landed Cindy a nomination at the Native American Music Awards for Best Folk Recording and inspired her to return to the studio with Gord and Barry to record her next album.
The Flight, released in December of 2016 was met with remarkable reviews and music award nominations which include: Canadian Folk Music Awards for Aboriginal Songwriter of the Year, Native American Music Awards for Female Artist of the Year & Best Folk Recording, Western Canadian Music Awards for Indigenous Artist of the Year, Edmonton Music Awards for Indigenous Recording of the Year and Indian Summer Music Awards for Best Folk Album. The title track The Flight was also featured on the Native American Music Awards compilation CD Water Is Life in support of the Standing Rock Sioux Tribe’s efforts to protect their land and water.
Cindy was honored by the opportunity to co-write, compose and perform the theme song for the 2017 World Indigenous Nations Games this past summer. She has been featured on radio shows across turtle island and has played many legendary festival stages such as Boonstock, North Country Fair and Folk on the Rocks. She has performed live on stage with Corb Lund, Mary Gauthier, Valdy, Bill Borne, Fred Penner and shared Festival stages with Sublime, City and Color and Macklemore and her most memorable, Buffy Sainte-Marie. Cindy was featured as a presenter at the 2016 and 2017 Native American Music Awards both in the state of New York where she also joined forces with Keith Secola and recorded a haunting, live version of her new song The Trickster.
Cindy is deeply connected to her Indigenous roots and it shines through in every breath and beat. She truly believes in educating and healing through art and music and her compositions echo the sentiment to never soften your conviction to make others socially comfortable. With her distinct lyrical metaphors of love bitten with honesty, her passion for sharing her northern stories and her unique neo-folk style sound, Cindy Paul has taken flight into airwaves world wide.