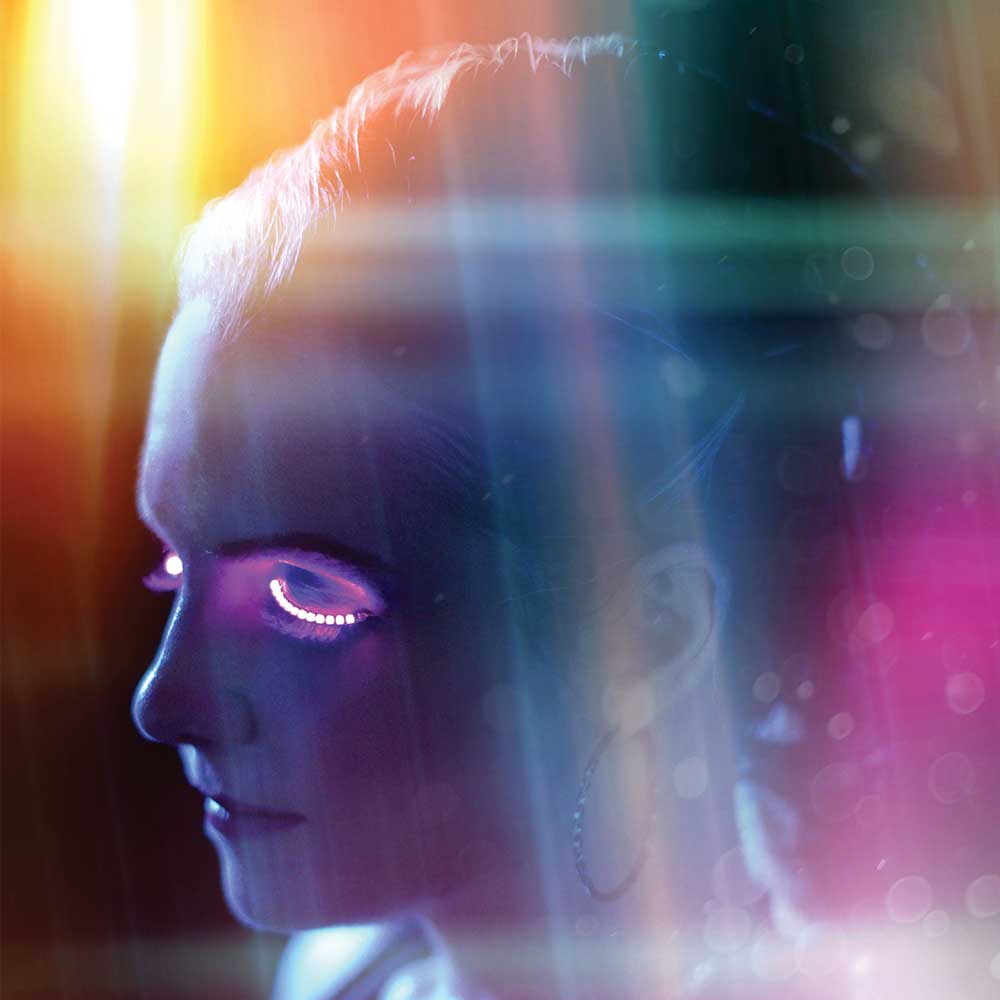 Angie’s passion and interest in music began very early in life when she was introduced to the piano. By the age of 10, she had written and recorded 17 piano pieces on her mom’s 8mm Sony camcorder. Through her teen years, Angie found herself drawn to eclectic instruments, learning to play bagpipes, oboe, fiddle and guitar.

Angie was always attracted to unusual things, which often also meant being picked on as the outlier, bullied, and made fun of. “Although it hurt sometimes, I felt deep inside there was a reason for all of this, and that it would somehow make me a stronger person.” Angie felt she had two options-either change to fit in, or proceed further down the rabbit hole. She chose the latter, which meant more time was spent pursuing her passions as a means to maintain her self-worth. Angie found insight and meaning in music, and once she found herself, she surrounded herself with like-minded people, seeking out deeper human connections. “Now that I look back, I realize a lot of my relationships and friendships with people really form the basis of my songs, along with a deep expression of human emotion and psychology,” says Angie.

“When I was 12, my parents bought me a karaoke machine that had a small subwoofer in the bottom. I would put on cassette tapes of Boyz II Men, Chemical Brothers, Prodigy, Cypress Hill, and Aqua, basically anything with a great beat and body-vibrating bass, and lay down on the ground with my head toward the speakers.”

Now, when Angie hears a new track that hits her soul, she listens to it repeatedly, until every hook, every variation of the production is etched in her mind. She finds herself deconstructing the track, asking questions like “What synth was used? How is the kick drum layered? What does the mixing space look like?”

So Angie spends a lot of time thinking about music, but at the end of the day, she lives for the moments when we stop thinking and just feel the grooves & melodies; the part where humans communicate without speaking a word.

Although music was an important part of Angie’s life, she also had a passion for the sciences. After high school, Angie decided that she wanted to be a doctor-but those dreams were later crushed when she was unable to secure funding to attend medical school. “It was so hard to walk away from that dream-something I had worked so hard for. It sent me into a tailspin mentally and emotionally.” At this point, Angie entered a period of deep self-reflection and soul-searching. She spent a lot of time reading, so much so that she filled an entire 8 foot-tall bookshelf over the course of 2 years. There were books on science, sound, quantum physics, spirituality, yoga, meditation, astral projection, self-help, self-love, money, philosophy, and energy healing.

This experience forced Angie to really grow, and she soon realized she could marry the fields of music and science to create something really cool. Angie became fascinated with brainwave frequencies and how they can be observed and manipulated. One of her creations was an LED dress that visually showed the inner workings of her brain, in real time, while singing and playing piano. This brainwave controlled LED dress was showcased on the runway at the 2016 MakeFashion Wearable Technology Gala in Calgary, Canada.

Angie’s goal is to continue to meld science, music and fashion to create lasting memorable experiences for her audiences. “At the end of the day, I still feel like the little girl that fell in love with music. It is what makes my heart beat with excitement, and I hope you will follow along with me on this journey.”