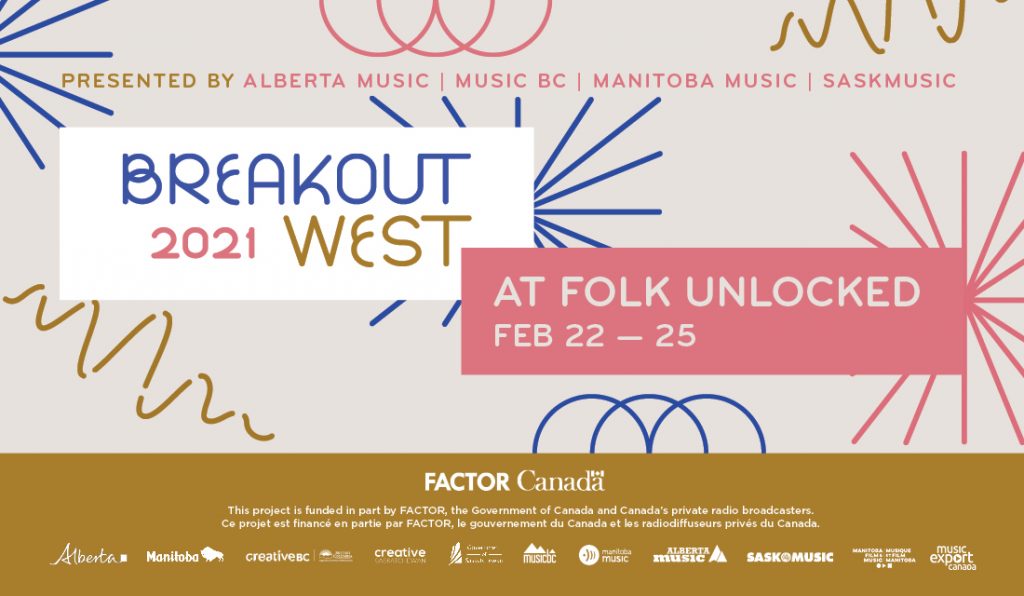 Returning for another year and thrilled to be partnering with Folk Unlocked, BreakOut West and the Western Canadian Music Alliance are proud to present eight artists representing the diverse range of the Western Canadian folk, roots, blues and world music community. Under the BreakOut West banner – one of Canada’s premiere music industry conferences and showcase festivals – join Alberta Music, Music BC, Sask Music and Music Manitoba as they present this exceptional digital showcase of some of Western Canada’s top emerging artists. With performances by Amelie Patterson, Ila Barker, Jeffery Straker, Kelly Bado, Last Birds, Mariel Buckley, The Crescent Sky and Tonye Aganaba. 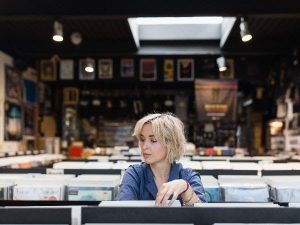 Bow Valley folk-pop songwriter Amelie Patterson is a pop music workhorse with hooks to spare. Her new single, the dazzling alt-pop  ‘Let Your Trouble Go’ is about empathy, and “wishing you could hold a loved one’s burden for them,” Amelie Patterson describes, making space for a loved one so they can “take the afternoon off.” Amelie penned the song in New Orleans in January of 2020 to the beat of French Quarter buskers. By the time she took the idea to producer Ryan Worsely (Dear Rouge, MONOWHALES, Mother Mother) in June, the world was a very different place. Worsely and Patterson took the folk fixations of the song and surrounded it with sprightly strings and a helplessly head-bopping beat. Moments of levity interrupt the cerebral track with vocal modulation and soaring chorus worthy of Imogen Heap. 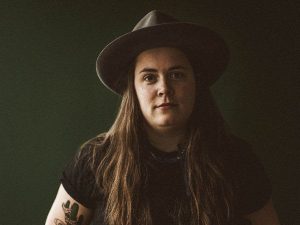 Doubling down on grit and authenticity, Mariel Buckley has planted her flag firmly as a songwriter who’s in it for the long haul. The polished glow of mainstream music holds no appeal for this emerging Americana songwriter, and as one of Canada’s busiest touring acts, she makes no apologies for her wry perspective that has been charming listeners across North America.