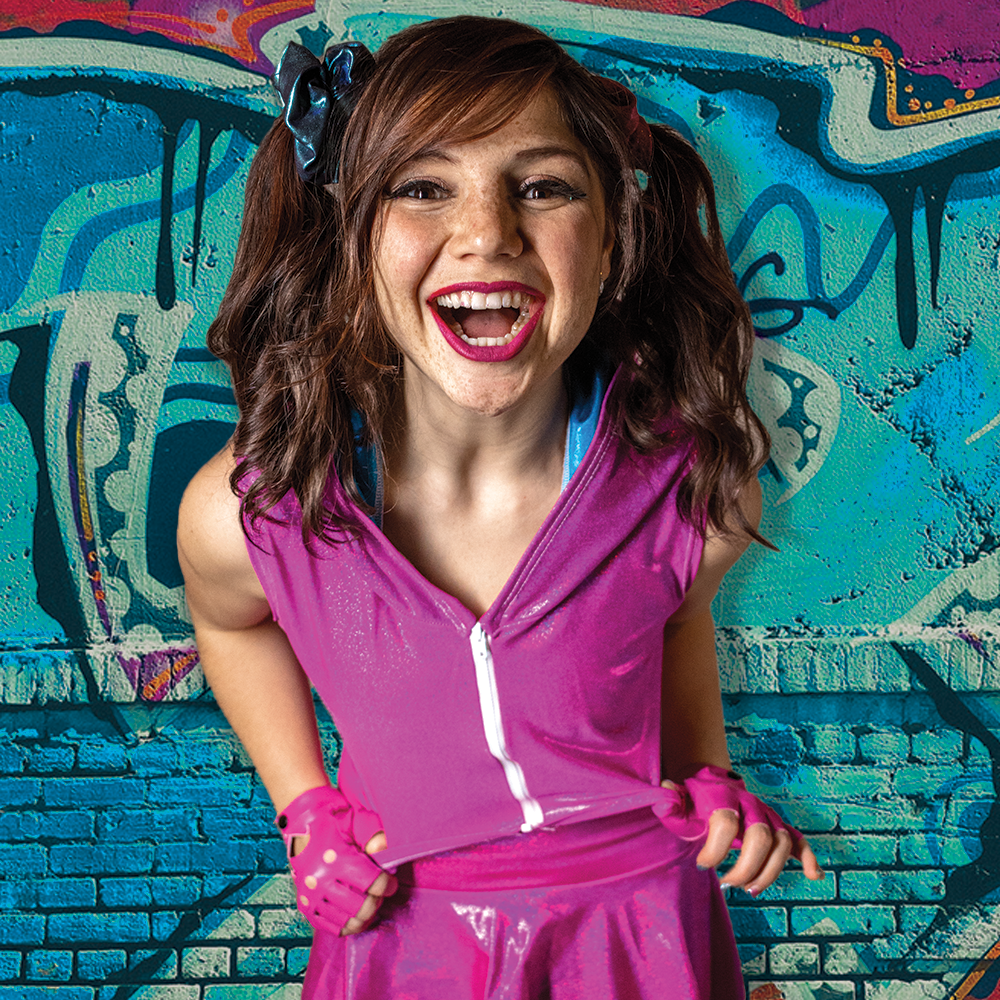 With humble beginnings hip hopping the stages of Western Canadian music festivals such as Shambhala and Motion, Thug Shells carved out a name for herself in both the electronic music and conscious hip hop scene leading her sound as far as the dust- kissed desert art cars of Burningman.

With an emphasis on positivity the little punchline pixie captivates crowds the only way she knows how; with gangster adorability. If you mixed equal parts Slim Shady, Mac Miller and the Little Mermaid and put em’ into a pint-sized package, Thug Shells is what you would end up with. In 2020 Thug Shells started to make waves on a Canadian level after her music caught the ear of CBC television and she was interviewed on national TV.

She kept the ball rolling through 2021 when her Rainy Day EP shot all the way up to #1 on the Earshot Canadian college radio charts. She saw even more chart success with numerous top 10 placements on the Beatport Global Breakbeat charts including her collaboration “Groove Shake” with Lady Waks and Mutantbreakz. When she’s not dropping tracks, Shells’ world class freestyle rap skills have amassed her over 10,000 followers on Twitch, and attention from fellow freestyle legends such as Harry Mack. With the ability to rock crowds both on the microphone and behind the decks, a fusion of hip-hop, breakbeat, and drum and bass is provided that no other artist can match!