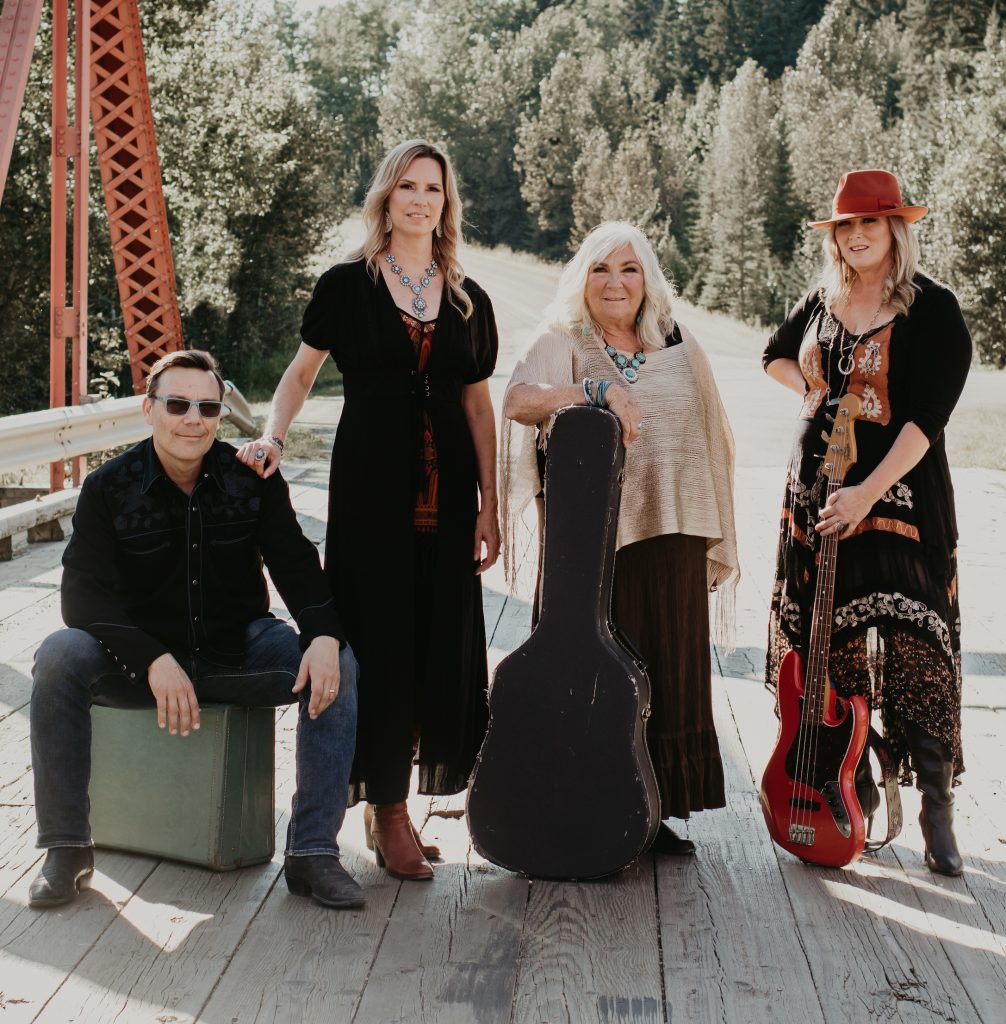 Eva Levesque, Lana Floen, Therry Lawson and Keith Floen are The Travelling Mabels. An ACMA award winning folk/country group from southern Alberta, who for more than a decade, have brought their own unique brand of harmony, musicianship and down home humour to Canadian audiences from coast to coast.

The group was formed in 2008. Over the next ten years they collectively wrote and recorded three Cd’s and have enjoyed extensive airplay on radio stations such as CBC and CKUA. Their song release, Alberta Blue, has been a long time fan favourite and features a cameo vocal performance by the legendary Ian Tyson.

As an ardent fan once humorously stated “If the Eagles and the Trio (Dolly Parton, Linda Ronstadt and Emmylou Harris) were a family, then surely their children would be The Travelling Mabels”.