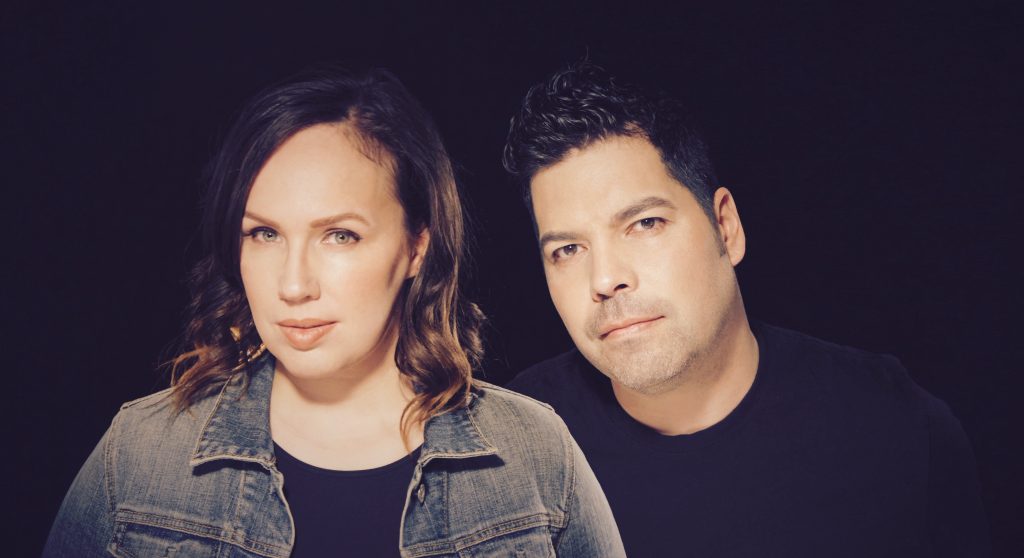 Husband and wife duo The Rural Routes – a name symbolic of their Maritime and Prairie lives together – are bursting onto the Canadian Country Music scene, driven by an undeniable chemistry, sultry vocals, rich guitar, and captivating stage presence…an experience that captures the true spirit of country music.

To say that music is in their souls is certainly an understatement. Born in Moncton, New Brunswick, Alesha has been singing on stage since the age of eight, with her debut performance being broadcast live across Atlantic Canada. A self-taught and accomplished vocalist, guitarist, and pianist, Alesha has appeared on various recordings for a number of East Coast artists and was an Atlantic Region Top Ten finalist on the smash-hit show Canadian Idol. Brendon is a self-taught guitar virtuoso, with the honor of being invited to audition for the Royal Conservatory of Music just one year after picking up the guitar. An idyllic lyricist, Brendon is also fluent in the language of the bass guitar, drums, and percussion instruments.

The Bondy’s became The Rural Routes in 2016 and have been gaining music-momentum ever since. Their self-title debut album – independently produced and recorded by the duo – garnered immediate acclaim world-wide and is receiving radio-play in over 50 countries.

Their success has led them to share the stage with some of Canada’s most-revered country artists as well. In only three short years, The Rural Routes have opened for Corb Lund, Gord Bamford, and Brett Kissel to name but a few and most recently performed to rave reviews as part of the ‘2019 Diamonds in the Rough’ Showcase as part of Canadian Country Music Week during the CCMA’s in Calgary, Alberta.

Currently in-studio recording new singles with acclaimed producer Mark Troyer, the momentum continues to build with The Rural Routes recently being added to the Chengdu International Music Festival in China during the summer of 2020, and poised to bring their music to audiences across the country during the summer Festival season.

2019 has certainly been a break-out year for The Rural Routes, but with unmistakable talent and an unbridled passion to make a mark on the Canadian Country Music scene, 2020 promises to be bigger and better…the best is yet to come.