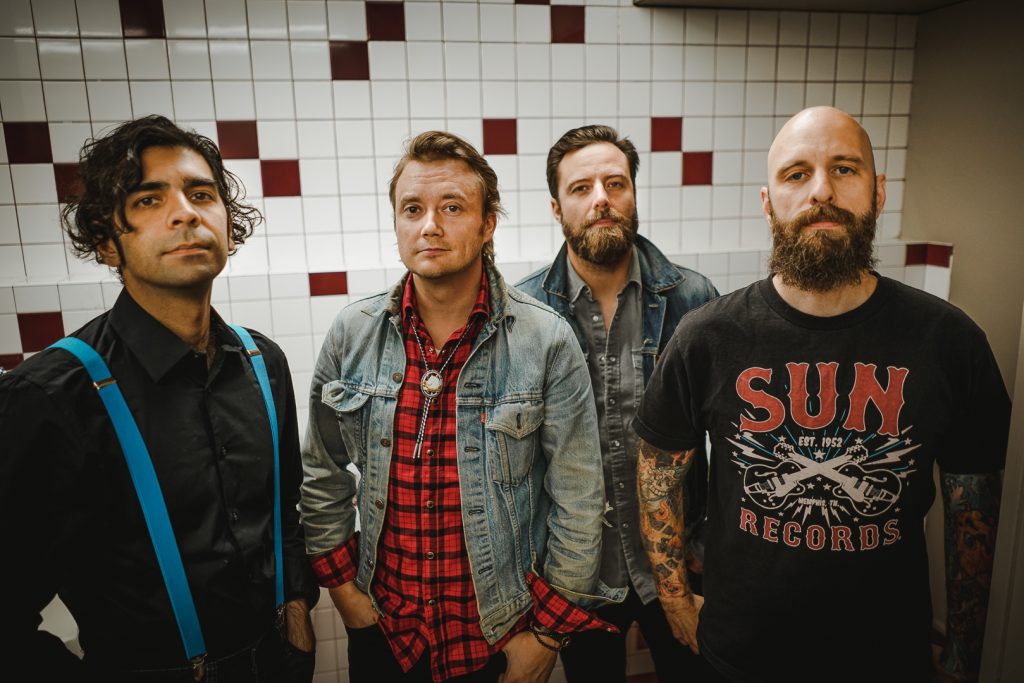 From humble beginnings in western Canada to international festival stages, award winning country group The Dungarees have taken their unique brand of country – blending the classic twang of a telecaster and infusing it with modern intensity and pop sensibility – and become one of Canada’s fastest rising stars. With multiple CCMA and ACMA nominations between them, James Murdoch (bass/vocals), Robb Angus (guitar/vocals), Kiron Jhass (guitar/vocals) Darrek Anderson (steel guitar) and Ben Shillabeer (drums) have become an undeniable force in country music.

Signed to Road Angel Entertainment in Canada, and Australian label Social Family Records, The Dungarees have been making a splash in the country scene since their 2016 hit ‘I’m Down’. The momentum didn’t slow down through 2017 with their summer smash ‘Anywhere With You’ – which was produced by multi-Grammy Award winning producer Paul Worley, earning them three ACMA Award wins for Group of the Year, Video of the Year and Rising Star. The track skyrocketed up the Australian country charts, landing in the Top 10 and peaking at #6 for six weeks straight. Keeping momentum through 2018 with the release of ‘Don’t Hold Back,’ which has racked up over 250K streams, The Dungarees are back in 2019 with the release of their newest track ‘Twenty Something’.

Known for powerful song writing and warm harmonies, ‘Twenty Something’ is a sentimental track that explores the nostalgia of growing up and moving forward in life. With the melancholic tones of the chorus, “it’s credit cards, it’s college bars, then bigger houses, faster cars, just trying to be somebody but you end up somebody else,” the lyrics are reflective of the yearning of everyday moments that have passed while embracing the beauty in every step of life.

Embracing every opportunity life has thrown their way, The Dungarees have hit some of the most celebrated summer festival stages including Boots and Hearts, Big Valley Jamboree, the Calgary Stampede, Country Thunder, Dauphin CountryFest, Sunfest Country Music Festival, as well as Tamworth Country Music Festival in Australia. The band has also had the honour to serve as direct support for country music royalty Miranda Lambert, Blake Shelton, Reba McEntire, Dwight Yoakam and Alabama.