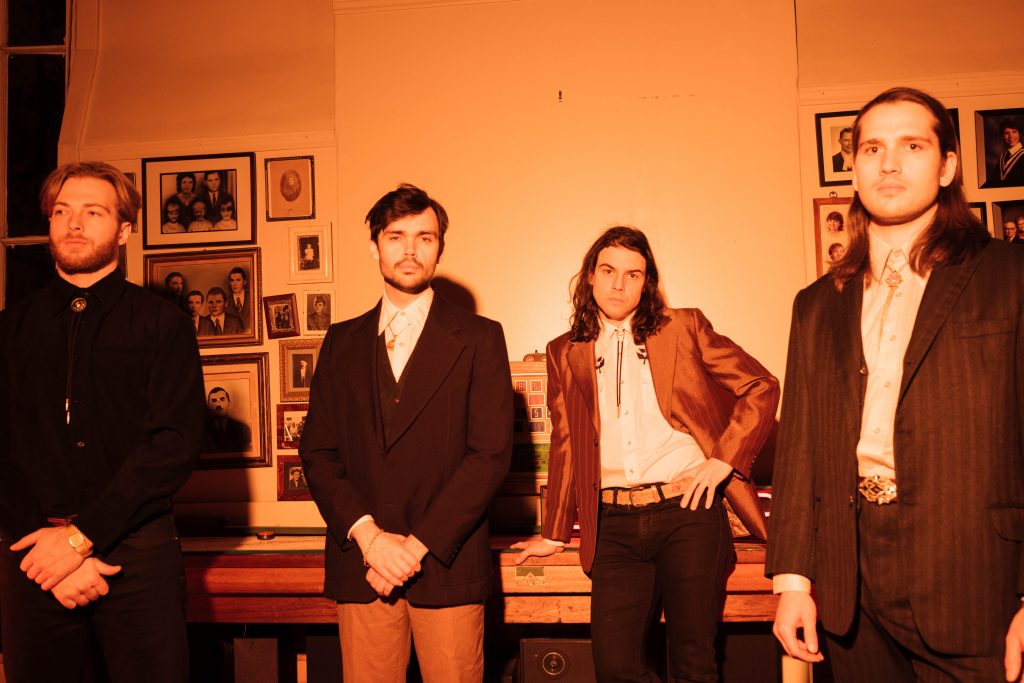 Meeting via Kijiji ads in Calgary AB, Ten Minute Detour released their debut full-length album, Lay it Down, in 2015. Highlights include Four Papers and Getaway, two catchy alternative rock tracks, which helped pave the road for the band, who have since played hundreds of shows across Canada.

In the winter of 2017, Ten Minute Detour recorded their second album in Nashville TN, teaming up with producer and former Cage the Elephant guitarist, Lincoln Parish. Common Pleasure, whose seven tracks were recorded over a harrowing seven days, is a testament to the band’s maturation and growth in songwriting and storytelling, shedding the garage-rock skin and donning a more expansive, gripping sound.

2019 saw the relocation of TMD from their prairie home to Southern Ontario. A move focused on elevating the band through more extensive touring and exposure.

Pause for one global pandemic… and Ten Minute Detour has continued their journey where they left off. Their exciting new record ‘Golden Tapestry’, set for release September 16, 2022, is an exploration into more powerful, thoughtful, and creative songwriting. Venturing further and further from their garage rock roots, the album breathes an Americana folk essence, while brandishing the energy of a band in full stride. With their single ‘Morningbird’ seeing placement in the Spotify editorial ‘Fresh Folk Finds’ and three songs (Morningbird, What Can I Do?, Calibrate) featured on Alexrainbird’s youtube channel, the stars are aligning for their album to hit the ground running. In support of their new LP, TMD will once again take to the road in 2022, opening for Monowhales on October 14th in Hamilton, ON, followed by a Western Canadian tour in support of their strongest release to date.