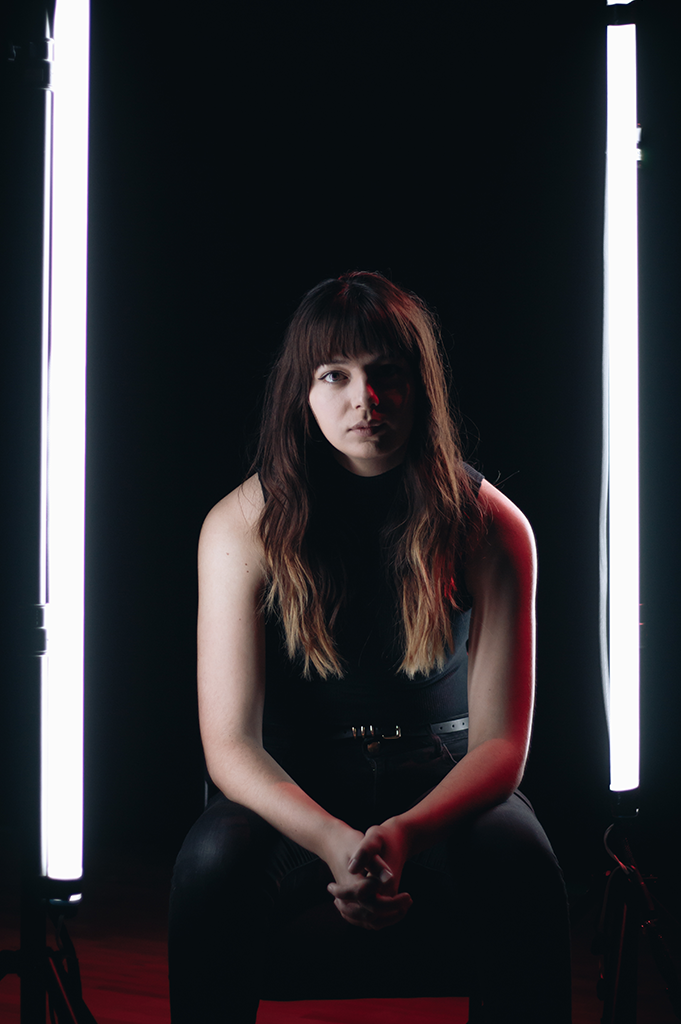 Currently flying in and out of Japan to finish her next album, Talltale has released “Additive,” a bass-heavy single with cutting lyrics.

Tatiana Zagorac adopted the moniker Talltale and stepped into the sightline in 2016 with her debut EP “myfriendscallmeTAT.”

Working with producer Ari Rhodes (Bryan Finlay, Lexi Strate, Nuela Charles), and influenced by the likes of LIGHTS, Ellie Goulding, and Imogen Heap, Talltale is carving out her own space in the electronic-pop genre. Her distinct voice and quirky songwriting have won her HOT107’s Hot Factor contest, as well as two nominations and an award at the 2016 Edmonton Music Awards.

Her live show, displaying her talent as a vocalist, drummer, and guitarist, has earned her spots opening for Alyssa Reid, Virginia to Vegas, Tyler Shaw, and Trevor Guthrie.
All of this within the first year of her debut release, and Talltale has no plans of slowing down.

Believing that visuals are a crucial part of storytelling, she also shoots and edits all of her own videos.