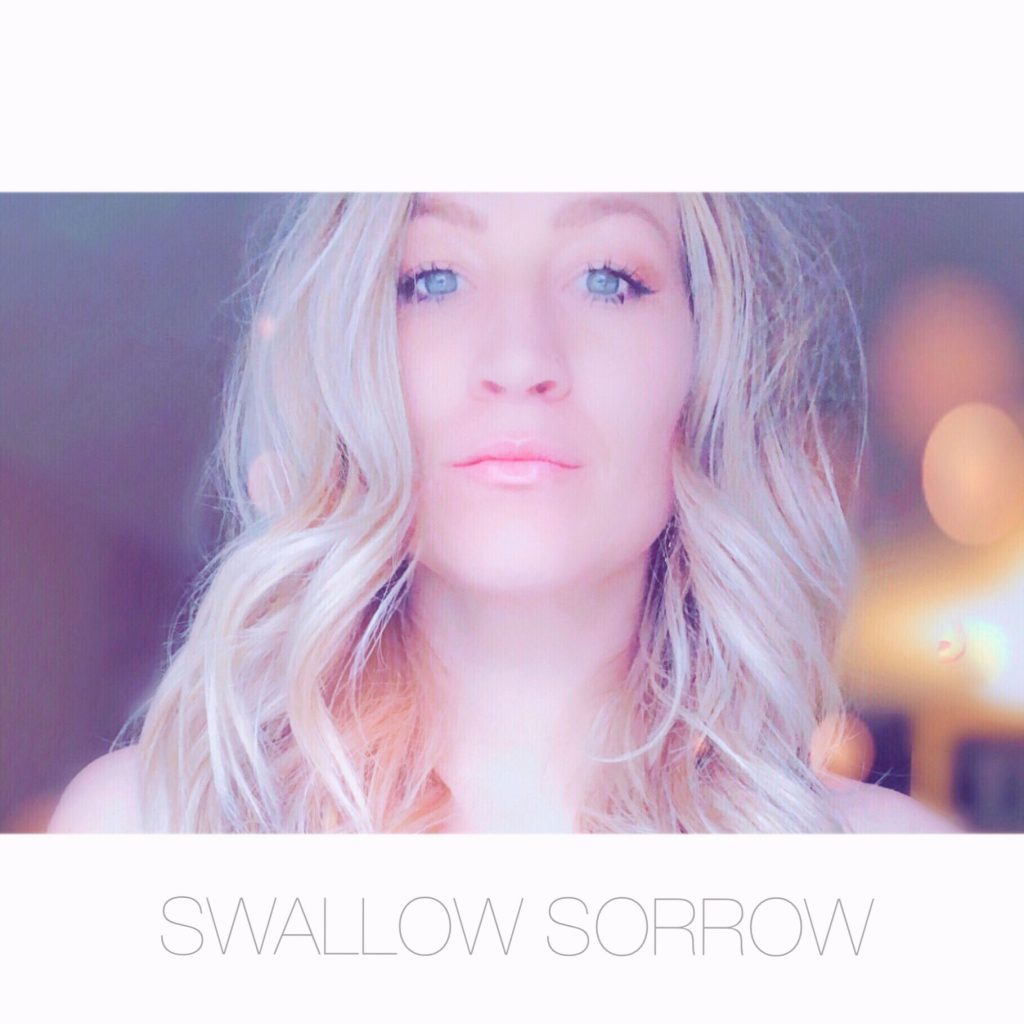 Swallow Sorrow is comprised of singer/songwriter Nicky Markin who was born and raised in Calgary. While growing up in this cowboy-centric city she was surrounded by the sounds of Folk and Bluegrass music. Her mother, who is also a musician, filled her childhood home with music and brought her to local Folk and Bluegrass festivals as a child where she grew to love the storytelling and the offbeat improvisation of these genres.

At the age of 13, she picked up her mother’s old classical guitar and started teaching herself how to play. Always looking for a creative outlet, she got her start writing poetry and short stories that would later turn into songs about her life; a diary of her heartbreaks and what makes her heart beat. Swallow Sorrow began performing under her own name around Calgary at open mics and opening for local bands in her late teens and early twenties, before taking a hiatus to refocus her sound and musical direction.

Swallow Sorrow’s influences in her younger years ranged from songwriters like Jewel, Michelle Branch, Hayley Williams, and Martina Sorbara to the layered vocals of Emo/Indie Rock influences like Taking Back Sunday, Brand New, and Alexisonfire. Her love and influence of eclectic genres developed further when she started attending Sasquatch music festival in 2007. Being inspired by the sights and sounds of the wide-ranging mix of musical acts like Sylvan Esso, Chromeo, City and Colour, Bon Iver, Shakey Graves, Sohn, Grimes, Baths, Death Cab for Cutie, and Robyn. These influences and many others bleed into her sound to meld her heartfelt vocals and earnest songwriting.

Currently, Swallow Sorrow is working with WyZe Guy Productions on her EP, as well as collaborating with the Hip Hop group Astrophoniks. When she is not working on her music, you may catch her on stages around her hometown as a performance artist with Grindhaüs Collective and other local Calgary productions.