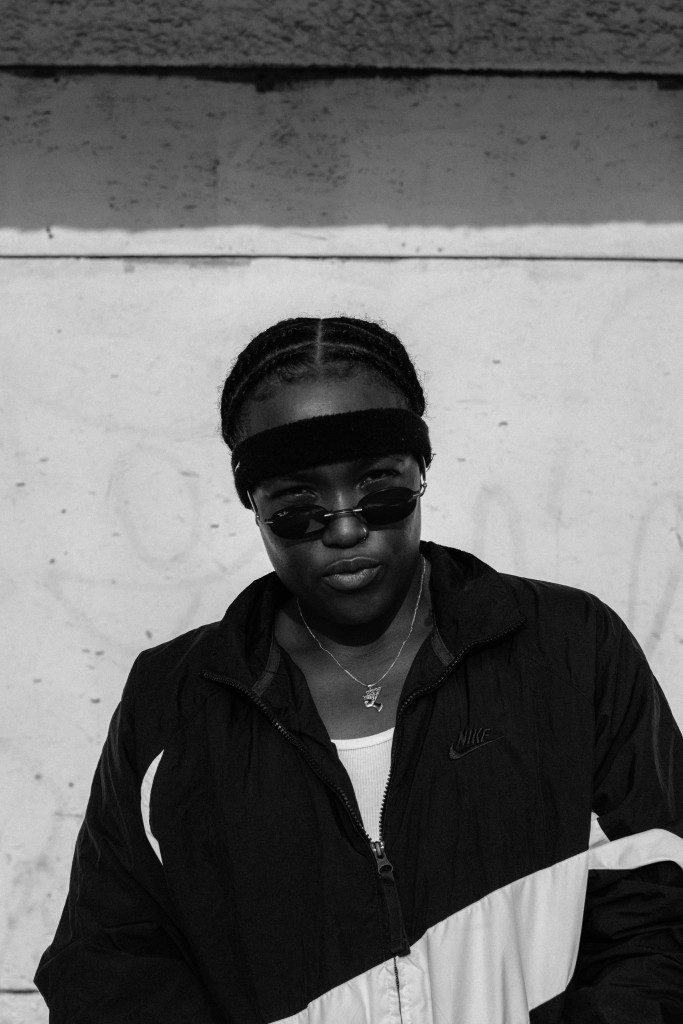 True Artists are called to create. In all its forms, art is an expression of an Artist’s Soul. Art is the multimedia of an Artist’s inescapable purpose to authentically inform, heal, and connect, inside and out. In Sinzere’s own words, the following reveals how her artistic voyage started and how it continues to be, evolving for the world to see: The genesis of my creating began with poetry. For as long as I can remember, I’ve always been attracted to words. I always knew words held power. I got the performance bug during my grade school years. I loved the attention I got when I played a part well in a school play. I vividly remember the part was pretending to trip over a brick, and I really made it my own. The audience erupted with laughter; then and there, I fell in love with performing. Growing up, I listened to a lot of R&B, Funk, Reggae, and Dancehall. In my teenage years my appetite for music began to get bigger. In the 90’s, rappers like Tupac, Biggie, Foxy Brown, Queen Latifah, and Lil’ Kim, among many others, stormed the industry and told stories of oppression, racism, violence, and pain. This is when I fell in love with Rap and when I started waking up to systemic racism.
A mixture of the music I grew up on, and the stories I fell in love with, deeply influenced me to become the Artist I am today…

In the early-to-mid 2000’s, my love for music grew tremendously and so did my need for an avenue to express myself. So, I started a dance squad with a group of close friends. Dancing was the most freeing feeling to me and an outlet that helped me deal with my childhood traumas.
My need for self-expression flourished into a DJing career. I had been dancing for about a year when I met my mentor, Blacka Ranx. He was from St. Mary, Jamaica, which is where my family is from.
A high school friend brought me over to his house one day at lunch and that’s when I met Blacka Ranx, the most charismatic DJ until this day. Blacka was juggling tunes (playing records) and looked up at me to ask what I did. It was as if he knew I was a DJ. I told him I was a dancer and with a smirk on his face, in a heavy Jamaican accent, he said, “Nuh suh, you’re a DJ,” and DJ Sinzere was born. I later became Western Canada’s #1 Female DJ and played the most incredible venues. Unfortunately, I had to say goodbye to my much-loved mentor when one night I was DJing a party I got the sad news that Blacka had been stabbed to death. My love for DJing died that night when I got that call, and I couldn’t seem to find the love for DJing anymore. God had a plan for me though.
During those few years of losing my love for dance and Djing, I started developing Sinzere, The Artist. I started freestyling, and I was the coldest freestyler, but I lacked structure. I began writing sixteens and eventually learned the structure of a song. I later joined a rap group, which consisted of 3 producers who also rapped, a couple others, and myself as a rapper/singer. I spent a year or so learning from these producers and developing my artistry until the group dismantled due to differences. My hunger for music and self-expression continued to grow.

During my time becoming a solo Artist, I was recording, mixing, and mastering my own projects. I released 7 solo projects, 5 collab projects, and booked my own shows. I had to learn as I was going, as I was independent, and had no choice. I spent the next 5 years working with different producers and trying to develop my own sound. Throughout these experimental years, I met The Beach Advanced Audio’s owner, Lanny. After meeting me and hearing my story, Lanny saw the potential and star power in me. I spent an additional 2 years developing my artistry at The Beach Advanced Audio, working with 3 in-house producers. I learned what it takes to work with a team, my recording style/techniques, marketing, performing with or without a live band, TV appearances/radio interviews, rehearsals, and booking shows.
I was fortunate to have my single “On Time” put me in the Top 3 of CBC’s Searchlight 2018, as well as securing Sync licensing on the 2019 Stinger Awards. Given my extensive background in music, it has made my position in this industry very unique. Opening for industry heavy-weights like KRS-One, Rakim, Obie Trice, Classified, Rick Ross, Cordae, and Londynn B, to name a few, proved my ability to perform at this level and rock the crowd.
Music is and has been such a huge part of my life. It has grown with me as I’ve grown with it. Those years I spent developing as an Artist, I also spent figuring out what I really wanted the message in my music to be. As a younger Artist, I wasn’t always aware of the message I wanted in my music and that’s because I wasn’t always aware of Who I Am.

The world was changing so fast and during these times of change, one thing remained the same: racism. I started feeling an urgency to speak on the brutality against my people. This urgency triggered my greater awakening. I began to re-discover my history and uncover the lies and false narratives told about my Ancestors (Africans). I realized that most Africans around the world, like me, were unaware of their rich history. I realized that if I don’t know Who I Am, I won’t fully know where I’m going.
I released a slew of singles and EP’s in 2020 and hit some big milestones, like Complex, Hip-Hop Canada, headlining shows, performances for Calgary’s Pride and Folk Fest, Sync licensing for my song “Real” on CBC’s Diggstown, full production music videos, including “Posers,” 20K streams on my summer release, “Girl,” and numerous songs charting on radio.