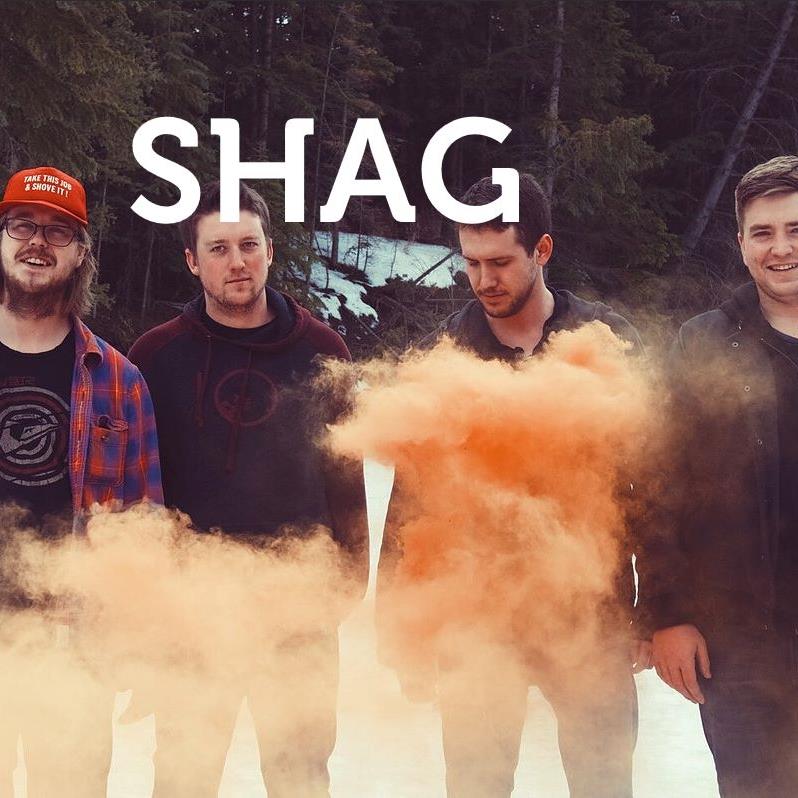 SHAG is a four piece rock band from Edmonton AB, but originally the four members are from a small town near Lloydminster, called Kitscoty. The name “SHAG” originated from the shag carpet that Trevor, Jess and Travis started jamming out on in Trevor’s basement in their early university years. Then, Zack joined the group in 2015 and added a whole new dimension to the band. SHAG has been making frequent appearances at live shows throughout Edmonton and surrounding area since the beginning of 2016 and have been working hard on recording music and keeping the tunes tight. SHAG’s first EP “SHAG Reinvents Music” was released in June of 2016, and then released the single “Backbone” in December of 2016.

SHAG has been back in the studio working on a follow up release to “SHAG Reinvents Music”.