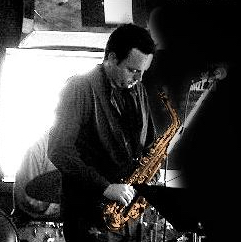 Scott Morin is a veteran in the music business, having run marketing, sales and A&R for Universal Music’s Classics and Jazz Division and Verve, ECM, Telarc, and Fantasy Records for nearly a decade. He is also a respected artist, saxophonist and Producer. As a marketer, Scott launched some of the biggest jazz campaigns in history including Diana Krall’s ‘The Look of Love’, ‘The Girl in the Other Room’, the Ken Burns Jazz Series, albums by Holly Cole, Nikki Yanofsky, Prince, Stevie Wonder, Paul McCartney and Joni Mitchell. His division built a market share of over 40% of all jazz sales in Canada for many years.

Scott has his Bachelors of Jazz Studies from Capilano University in Vancouver, his Diploma in Commerical music from Mount Royal College, and spent a year in New York, in the MBA program at NYU.

Scott is a 2-time Juno Award winner (2009 for the production of Molly Johnson’s A440/Universal release, “Lucky” and 2016 for the production of Robi Botos’s A440/Universal release, ‘Movin’ Forward’), and 3-time Juno nominee. He was nominated for a Juno Award for producing jazz legend Oscar Peterson’s final recording in 2004, entitled “A Night in Vienna”, which was released worldwide on DVD and CD. Scott also helps CARAS and the Juno Awards as the chair of the 3 jazz categories and is on the nomination and voting committee.

His additional production and A&R credits include albums for David Clayton-Thomas, Chris Potter, Regina Carter, Metalwood, Matt Dusk, Paul Anka, and Denzal Sinclaire. As a musician, Scott was a member of legendary Canadian singer Paul Anka’s band for over 2 years, performing as a saxophonist and appearing on The Late Show with David Letterman, and touring the world with Mr. Anka and his big band.

Scott shared co-Executive Producer credits with legendary music Producer Quincy Jones on the Nikki Yanofsky Platinum selling album ‘Little Secret’, which came out in 2014. His latest Production is for Robi Botos’s new album, ‘Old Soul’, released on A440 Entertainment/Universal Music Canada in February of 2018. The album was recorded in one marathon session in Montreal.

Scott is now living in Calgary with his wife Elena and pug, Oscar Peterson Jr. and working in the oil and gas business by day, while managing a busy consultancy company by night and weekends. Scott has received successful grant awards from FACTOR, Starmaker, Canada Council and MuchFact for over 1 MILLION dollars for his artists and labels in the last 10 years of his grant writing business. He also consults with numerous Canadian artists and record labels including Nikki Yanofsky, Robi Botos, Maya Rae, Kristen Mae, and the jazz labels A440 Entertainment and Cellar Live, and is a music curator and journalist for CBC Music.

Scott is entering his third year as the Director of Marketing and Communications for JazzYYC (Calgary’s year round jazz festival and collaborative) in a board position, and hosts one of the only nighttime jazz radio shows in Alberta, on Wednesday nights from 7-8 pm on CJSW 90.9 FM.

Lastly, Scott is on the board of the Coalition for Music Education and helps produce the annual ‘Music Monday’ Nation-wide celebration of music education in schools.