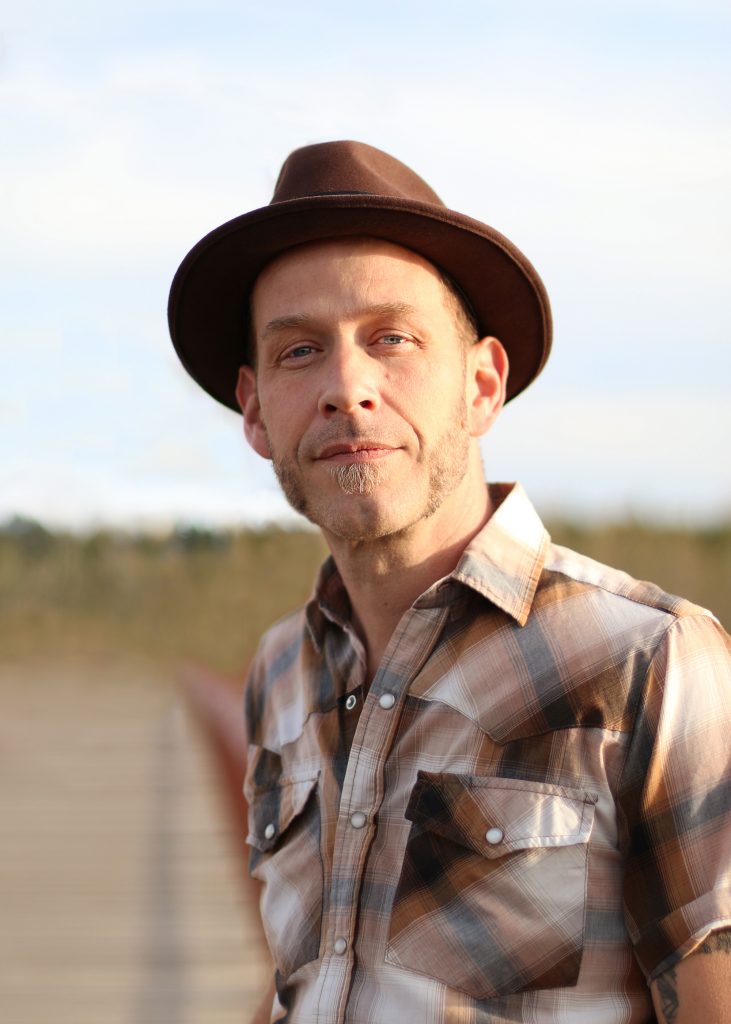 Edmonton-based troubadour Scott Cook toured almost incessantly across Canada, the US, Europe, Asia, Australia, New Zealand and elsewhere from 2007 until 2020, when the pandemic made living in a van less appealing. While averaging 150 shows and a dozen summer festivals every year, he also managed to release seven albums of plainspoken, keenly observant verse along the way. His latest collection Tangle of Souls comes packaged in a cloth-bound, 240-page hardcover book of road stories and ruminations, equal parts introspection and insurrection. The album spent two weeks at #1 on Alberta’s province-wide community radio network CKUA, and earned Scott his third Canadian Folk Music Award nomination, for English Songwriter of the Year. Its second single “Say Can You See” was the second most-played song of 2020 on Folk Alliance International’s folk radio charts, and took top honours for the folk category in both the 2020 UK Songwriting Competition and the 2020 Great American Song Contest. In 2022 he’s touring the album all over North America, believing more than ever that songs can change your life, and your life can change the world.

“He sings his heart and soul, and in doing so lets light flood into your own… He has a good eye for imagery, a gentle human touch, a wry sense of humour, a whole lot of integrity, a warm, rugged voice and a bunch of memorable lines… Truly one of Woody Guthrie’s children.” –RnR Magazine