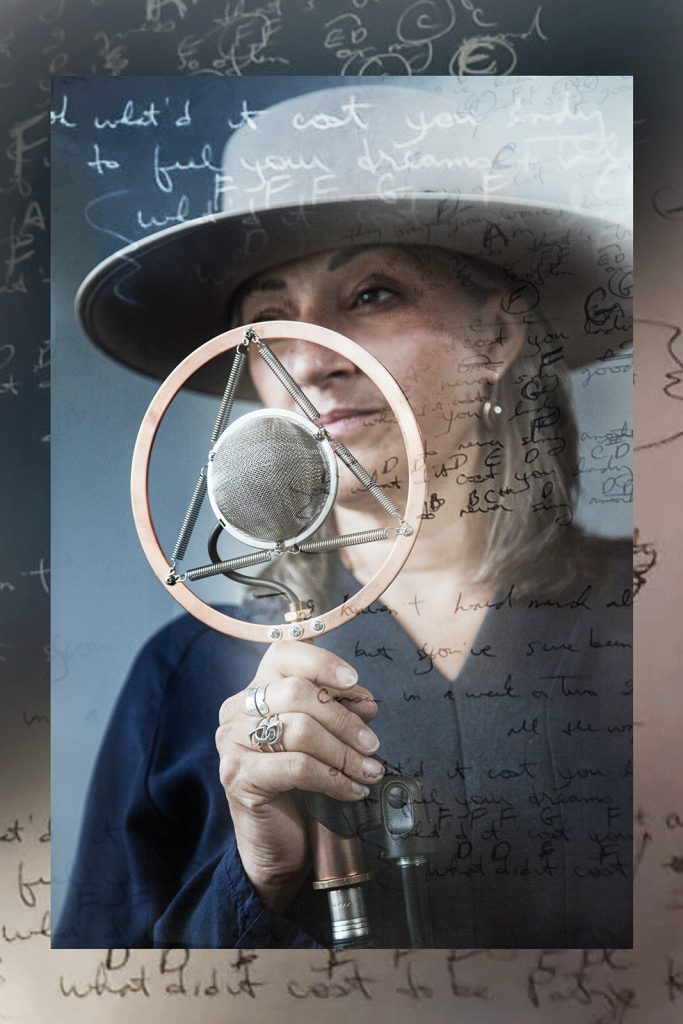 Sandra Sutter is an award winning Cree Métis recording artist, songwriter and musician who writes, records and performs in multiple genres encompassing roots music; including Native Americana, folk, country, pop, jazz and rock.
Raised in a loving non-Indigenous family, Sandra affirmed and embraced her ancestral and cultural roots later in life. Like many displaced Indigenous people, honouring her proud cultural roots is important to a woman whose birth heritage was lost through time and circumstance. Sandra’s culture influences her every step through life and she has grown into an active and passionate advocate for Indigenous traditions and rights. Her life journey in both the non-Indigenous and Indigenous worlds has given her a unique perspective and opportunity to bring people together through her songs of reconciliation.
2021’s efforts include a collaboration with Vince Fontaine and the release of ‘Storyteller’ on the Indian City Code Red album released in November and the release of the Cluster Stars Song Book. Sandra’s 2020 Christmas Release, Aurora 12 Songs for the Season, builds on the theme of her truth and reconciliation focused 2017 release, Cluster Stars; sharing stories about the culture, history, challenges, strength, beauty and resilience of Indigenous Peoples. Aurora 12 is a mix of 8 original songs along with 4 traditional Christmas songs presented in a way that only the award-winning singer-song writer can deliver.
17 Industry nominations in the last three years include wins for a 2021 SSIMA (Best Métis Artist/Group of the Year), a 2018 NAMA (Best Americana) and 2019 IMA (Best Producer/Engineer). Ms. Sutter also received an Esquao Award (Arts) from the Institute for the Advancement of Aboriginal Women, an Aboriginal Role Model of Alberta (Arts) Award and a WXN Top 100 Award.
One of the songs from Cluster Stars, Song of Heaven, is featured in a short film by Tito Gomez and Barb Briggs called ‘The Healing’ that Sandra debuted as an actor in. Indian in the Child, another Cluster Stars piece, is featured in a theatre production, ‘New Blood, the Dance Show’. One of Ms. Sutter’s reconciliation focused poems, She Is, is published in Sheri-D Wilson’s 2020 legacy Poetry book, YYC Pop.
Sandra is the Aboriginal Partnerships Manager for PTW Energy and sits on several Indigenous serving boards and committees across Canada. She lives and breathes the concepts that she thinks, speaks and sings about every day.