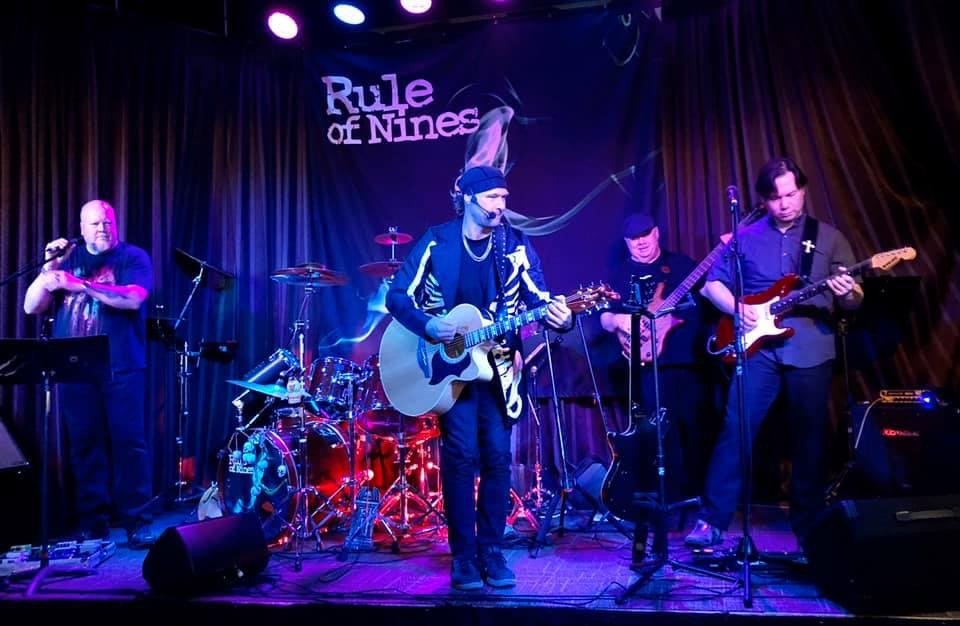 Rule of Nines is an Award Winning Canadian Band who have performed in front of tens of thousands of people since their inception in 1994. They have 6 CD’s to their credit – all of which have been nominated for various Canadian National Music Awards including the Prairie Music Alliance Awards, the Canadian Vibe Awards, the Western Canadian Music Alliance Awards, and the Canadian Covenant Awards. They are also Canadian Futures Fest Award Winners (People Choice Award). Rule of Nines have performed at various concerts, festivals, TV specials, corporate functions, and media events across North America throughout their career. With a style described as “a brand of rock that is reminiscent of the Eagles”, Rule of Nines has received impressive media, radio, and television support. Performances have included a live engagement at the Alberta Industry Association Awards, CTV’s Good Morning Canada, a performance at the Canadian Vibe Music Awards, performances at ‘The Works International Music Festival’ and a headlining concert at the closing ceremonies at the worlds largest sporting evert – the World Master Games in front of 20,000 people. Along with the bands many musical accomplishments, Rule of Nines have been huge supporters of Children’s organizations such as ‘World Vision’ and ‘Compassion Canada’ for many years. This can be observed in the fact that the band members actually financially support children through these organizations in addition to providing their support through musical concerts and performances. Further to this, the song ‘Angel’, based on a true story, was chosen by the Canadian organization ‘Child Find’ as their theme song – an honour the band is very proud of. A complete video production was created centering on the song which was shown to over 300 Canadian schools a year to instill the virtues of child safety to children across the country.