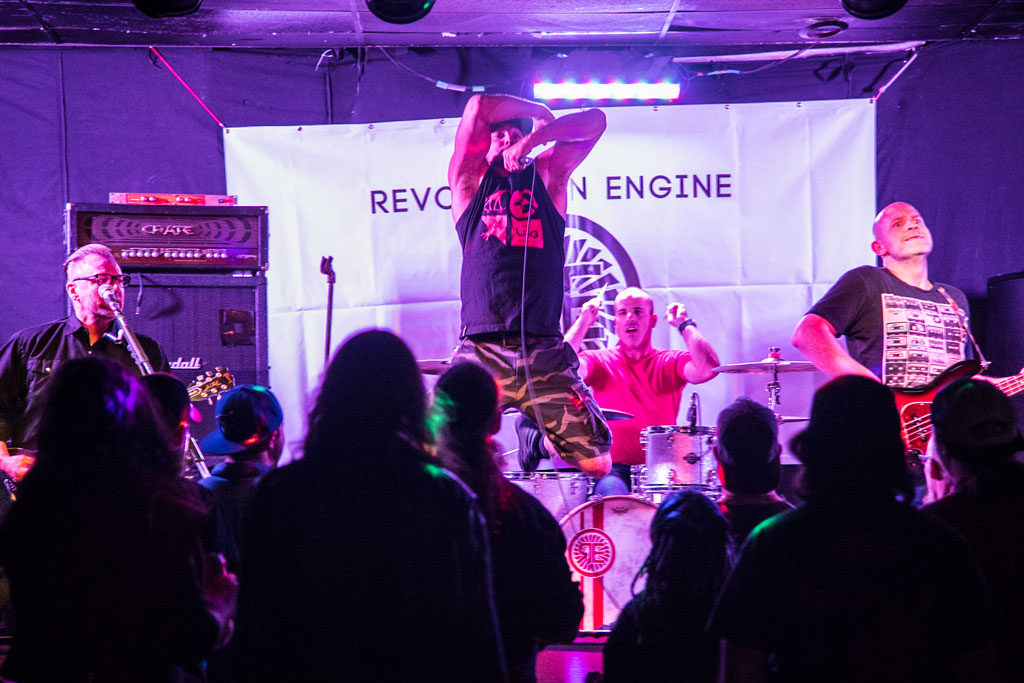 Revolution Engine is an modern rock band drawing influence from acts like Rage Against the Machine, P.O.D., Linkin Park, and Project 86. The band’s sound is built on a foundation of fat grooves and topped off with grinding riffs and compelling verse.

Revolution Engine was formed in the late summer of 2012 with Ken McCullough (lead vocals), Glen Peters (guitar), Ryan Lawrie (bass), and Ben Busse (drums). The band’s objective was to build a rock band with real attitude, funky grooves, vicious riffs, and a powerful message. After an extensive period of wood-shedding, the guys launched on the local scene stunning local audiences with its well developed repertoire of original material and a high energy stage show. Revolution Engine is looking to motivate its audience to make a difference in the world. Come and join the Juggernaut Generation!