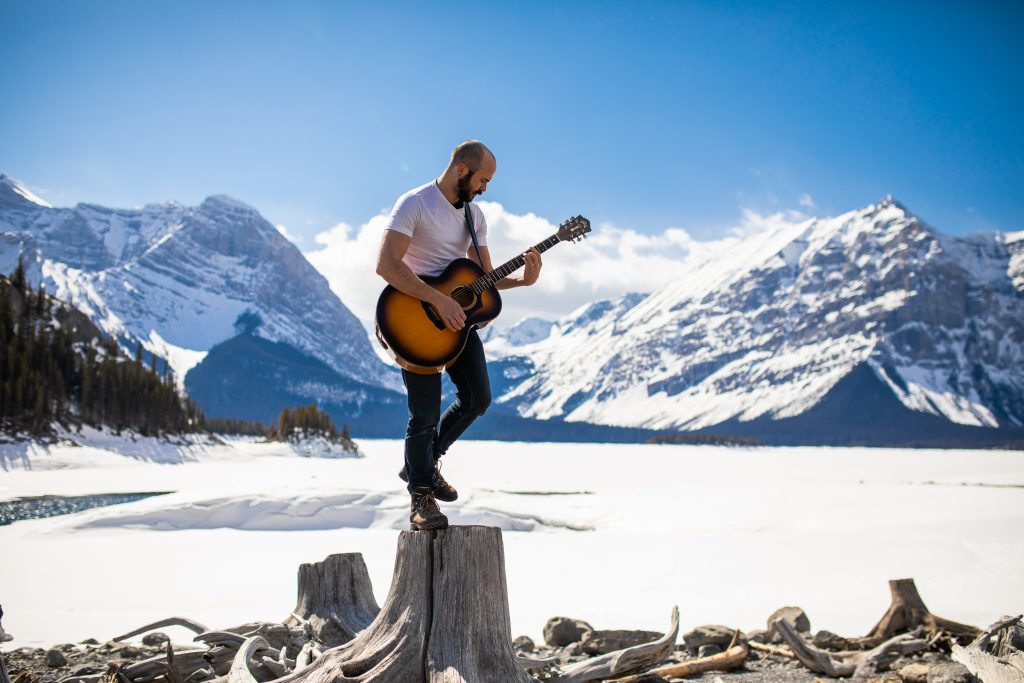 The seeds of Phill Nugent’s folk-rock sound – sometimes whimsical and sometimes gritty – took root in the northern Canadian wilderness where he was raised. The Yukon-born artist’s background in musical theatre (he first took to the stage at age 5) later evolved into songwriting and self-taught guitar.
The juxtapositions that inspire Phill’s songs, like the comfort of family and the freedom of travel, or the solitude of nature and connection with an audience, weave rich storylines into his lyrics. Many of the songs on his first studio EP, self-titled Phillip Alexander Nugent and set for release in fall 2019, are inspired by his wife Michelle and his sons Miles and Beck.
Girl in London, o ne of the album’s quieter, acoustic tracks, reflects on Phill’s journey to the U.K. to propose to Michelle. The ethereal Stargazers harks back to their travels in France and nights spent by campfire. The EP’s first single, Almost Perfect , was inspired by Gord Downie – one of Phill’s major musical influences, among others like Paul Simon, Neil Young, Foo Fighters and The Lumineers.
Now as a father, moving his career as a recording artist forward and showing his sons we can all pursue our dreams means even more to Phill. Over the next year, that includes playing music festivals, setting up a tour, and getting back into the studio to record his first full-length album.
Phill Nugent lives in Canmore, Alberta.