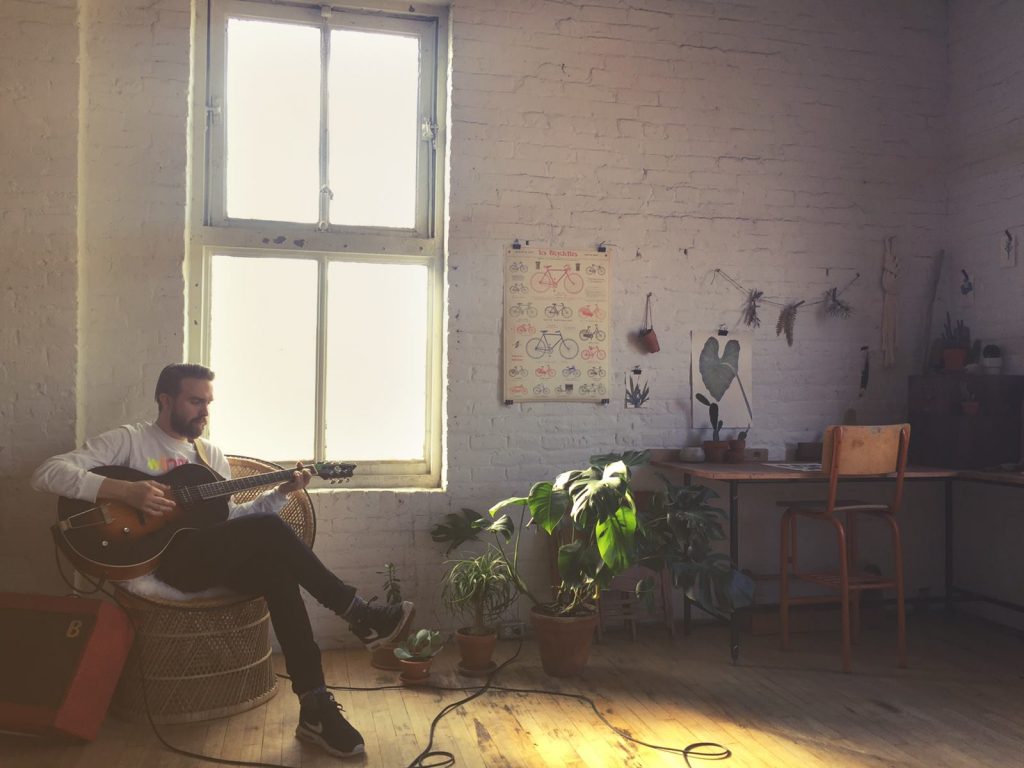 Meet Katlin Mathison – otherwise known as Okay Mann: a schoolboy heart with wandering toes, whose childhood fascination with campfire singalongs sent him across the pond for a mentorship with Paul McCartney, a gold single in Norway, and eventually led him back to the harsh weather and friendly faces of the Canadian prairies.

Armed with a new moniker and a suitcase of songs born of a Winnipeg winter, Okay Mann returned to the cobblestone streets of Liverpool, UK to record his debut release, Little Mersey. By combining modern recording technology with traditional analog tape methods, he crafted a unique timepiece: a snapshot caught on magnetic tape of a city left behind. Okay Mann followed up his debut with two singles: straddling the line between invention and convention, It Won’t Be Long’s uplifting pop sensibility helps the dark lyrics hide in plain sight. Ring Road, with its infectious chorus and energetic production, works through the frustration of trying to look to the future with two feet planted firmly in the past.

Now based in a small city nestled in the Rocky Mountains, Okay Mann is currently releasing a string of upbeat singles ahead of a full-length album later this year. Listen for heart-on-your-sleeve rock & roll that worships the hook but keeps thoughtful storytelling front and centre. His is the tale of a curious nomad: living and dying, one song at a time.