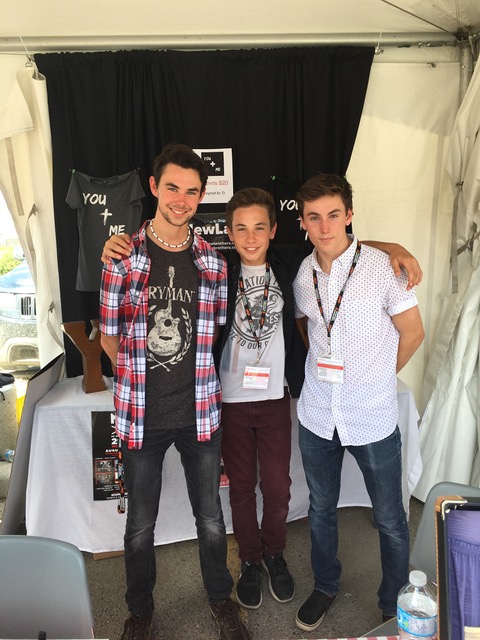 NewLaw is a Calgary band of brothers. Cayd, Ty and Dayne Greiner have written 2 original EPs to date. The 2015 EP, Show You There’s Hope, was the start to their songwriting journey as the songs were written about their Calgary Flood ’13 experience. “Show You There’s Hope” earned Cayd the runner up award for songwriting at the Breakforth Competition as well as a top 10 performer. “Push Through It” won a spot in the Calgary Folk Fest youth songwriter’s competition for Ty.
Their latest EP, You + Me, was released July 1, 2017 for Canada’s 150. NewLaw has performed at the Relay for Life, Scotiabank Calgary Marathon, Hope 150 and No Greater Love Music festivals, churches, sporting events, fundraisers, weddings, markets, coffee shops and shows in Olds and SK.
They have been on stage with George Canyon and opened, to a sell out audience, for Lighter Than Arrows at the Little Concerts Series in Calgary.
NewLaw has had the priviledge to work with Mike Little, Candace Lacina, Joanna Borremeo, Amber Bauer, Joni Delaurier, Jimmy Needham and Tamara Beatty.