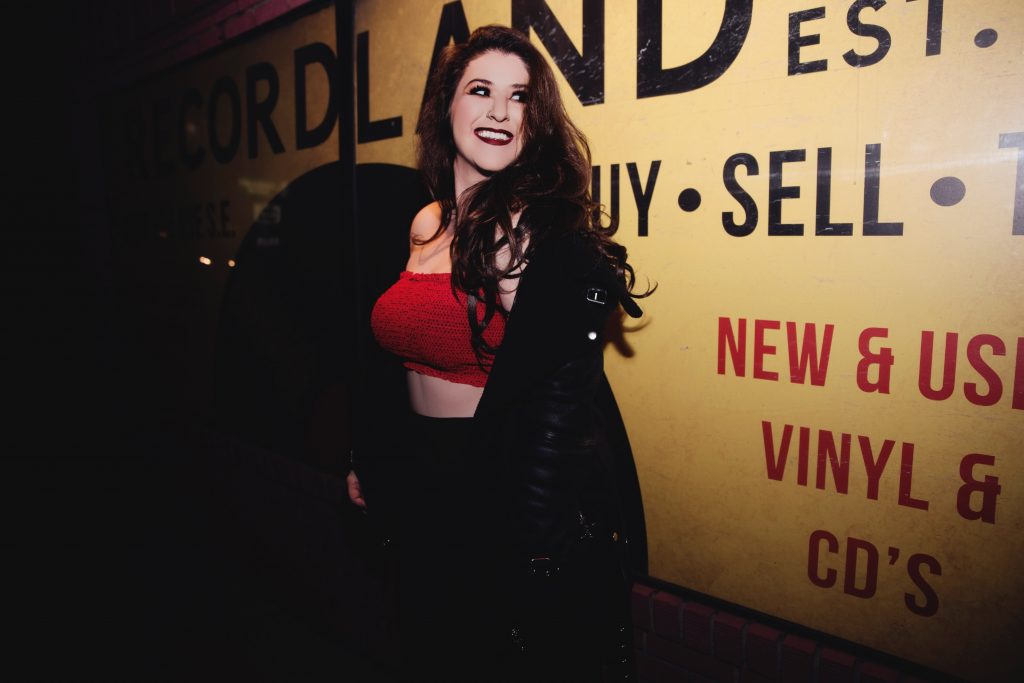 If you are looking for soulful, sultry, country music; look no further. Okotoks born and raised, Michela Sheedy represents a steely edge to the Canadian country music scene.

“WHEN MICHELA UNLEASHES SHE IS A FORCE – RAW, UNBRIDLED, AND ALL HEART. AN EDGY SOUL-COUNTRY SINGER WHO PACKS A PUNCH.”
– TAMARA BEATTY 10 SEASON VOICE COACH ON NBC’S THE VOICE

Michela has graced some of the most esteemed stages in Alberta including performances at the legendary Ranchman’s, Cowboy’s Nightclub, Big Valley Jamboree, Country Thunder in Calgary and Florida as well as the Coca-Cola Stage and Nashville North Stage at the Calgary Stampede. Sheedy was titled Notable Life’s Breakout Canadian Musician of the Year in 2018, winner of 96.5 CKFM Country Star Search, grand prize winner of the Global Country Star Search and two-time nominee of ACMA Female Artist of the Year. She has been a finalist in a plethora of Alberta talent competitions including: Calgary Stampede Talent Search, Ponoka Stampede Talent Search, Country 105’s Rising Star Competition and WILD 95.3 – Project WILD Country Artist Development Program. She has also opened for such acts as Aaron Goodvin and Lonestar.

Michela Sheedy makes her community a priority. She proudly, represents the NHL and the Calgary Flames as a performer of the Canadian and American national anthems. She contributes to efforts in fundraising for Calgary-based charities including Gems for Gems and the Alberta Music Education Foundation.

She released her debut single I Make Bad Look Good (feat. Clayton Bellamy) in the summer of 2018. This refreshingly gritty song packs a punch and brings something new to the female country sound. Along with co-writers Chard Morrison and Scott MacKay, the decision was made to write uninhibited to create an anthem for those who refuse to conform. Featured on the song is Clayton Bellamy of The Road Hammers. Michela’s single made it to number 47 on the iTunes Country Charts and has been released to radio and has been added to regular rotation to stations across the country.

“MICHELA BRINGS ENERGY THAT IS RARE AND SPECIAL. SELDOM DO YOU FIND A PERFECT BLEND OF PASSION, TALENT AND PERSONALITY. YOU’LL BE BLOWN AWAY.”
– TRAVIS SWITZER CCMA AWARD WINNING BASSIST

Michela’s powerful showmanship and distinguishable vocals will be cutting the trail for her as she continues the creation of her new single scheduled to release fall 2019; a project that is highly anticipated, and certain to make a lasting impression on her quickly growing audiences.