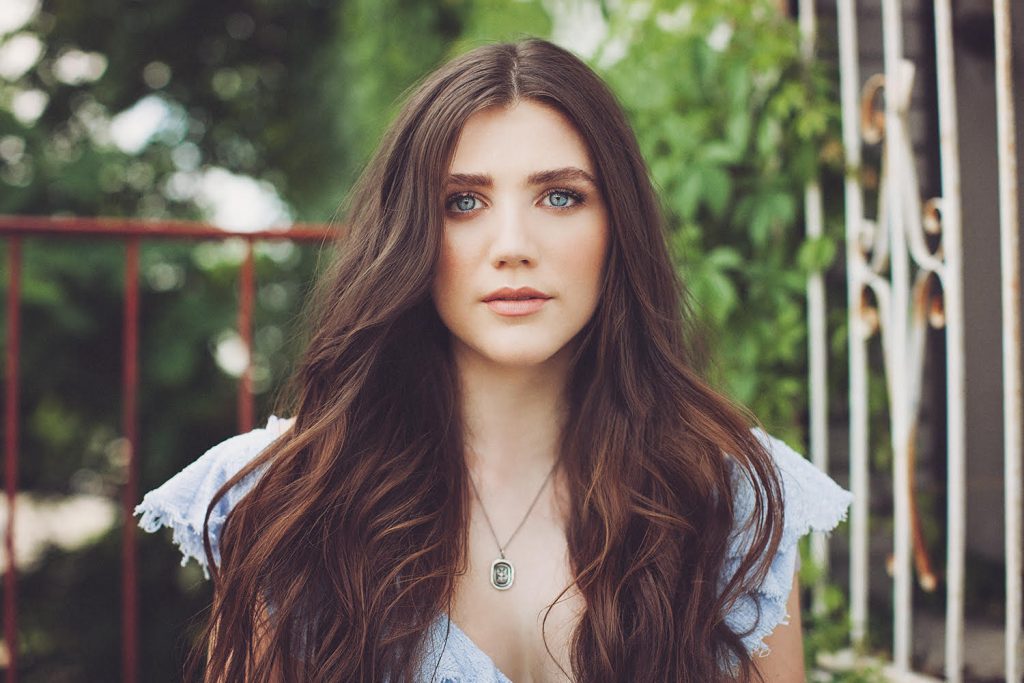 There’s a classic timelessness and a sense of poise to Maddison Krebs that you won’t often find in someone of her era. The 23 year old singer-songwriter, native to Southern Alberta, has spent the last 3 years in Nashville honing her musical abilities and song-craftsmanship with intention to create depth, meaning, integrity, and love behind her music.

Upon experiencing Maddison Krebs’ music, persona, and performance, you might consider Lana Del Ray with a nod to Dolly Parton. She will leave you feeling moved; as though you, yourself experienced each and every emotion channeled through her songs first hand. It will inspire you to somehow share that experience and create a meaningful shift in the world around you.

“A clean, simple and classic tone that sounds as if it comes from country music’s beginnings.” – Calgary Herald

Maddison has worked with some of the music industry’s best producers and songwriters including Jeff Trott (Sheryl Crow, Stevie Nicks) and Tony Martin (Tim McGraw, Keith Urban). Her single “Real Real Thing: hit Top 40 on the Radio Disney Country Chart; and her independently released EP “Bulls-Eye” reached top 6 on the iTunes Country charts. She has performed at major venues and stages across North America including: The Bluebird Cafe, The Listening Room, Big Valley Jamboree, Folk Alliance International, The Calgary Stampede, amongst many more. And in 2015 she was one of six across Canada nominated for the Canadian Country Music Association’s Discovery Program.

From being a 6 year old girl putting her poetry to music – to a valuable member of the Young Canadians – to a frequent on the top of the iTunes charts. Maddison has an incredible list of accomplishments – and will continue to move mountains with an incredibly bright future in music.

Maddison Krebs is spending this year crafting the songs that will make up the body of her next highly anticipated album.