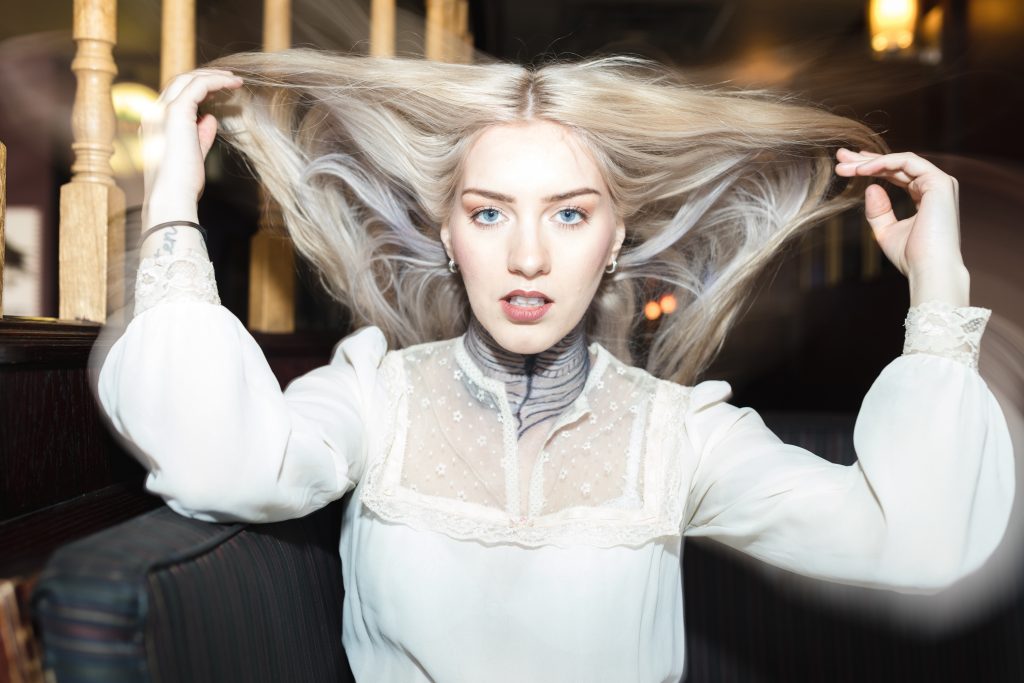 Laura Hickli is an award-winning baroque-pop songstress making waves across North America with her captivating performance, ethereal soundscapes, and mental health war cries. She writes intense, saturated, and emotional songs that leave you momentarily breathless and vividly aware of your humanity. Her entrancing, cinematic music draws you into the intimate world of shadow-self only to shake you awake with bold and unexpected explosions of struggle, resilience, and hope.

Soon after recording and producing her upcoming album during a residency at the world-renowned Banff Centre for the Arts and Creativity, Hickli left her job as an educator at The National Music Centre (Canada) and moved into a van with her sister and partner to tour the world indefinitely. Her self-produced debut album ‘Flowstate’ scored the film ‘Hide Away,’ directed by Julie Whelan and was awarded the ‘Best Mental Health Short’ at Short Film Breaks Festival in Romania. Her music video ‘Midnight,’ directed by Doug Cook is the winner of ‘Best Music Video’ at The Edmonton Short Film Festival, and AMPIA. This spring she was inducted into the Top 100 National Artists in CBC Searchlight, and is now appearing internationally on front page features in Seattle’s Guitar Girl Magazine and Backbeat Seattle. Sitting on a heavy-hitting second album, and perpetually gaining new fans and performance opportunities world-wide, the future is nothing short of exciting for Laura Hickli and her band.