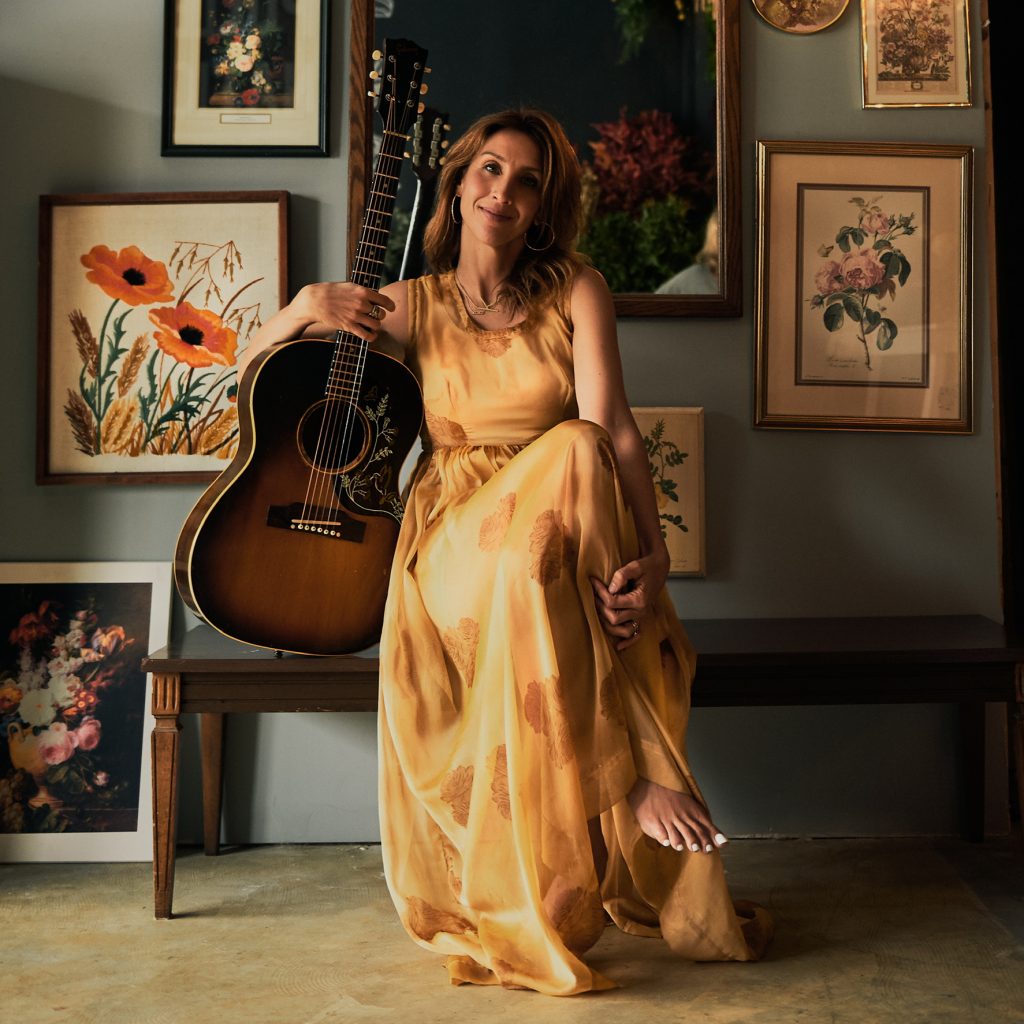 With the restless soul of a storytelling traveler, as soon as she graduated high school, Krista Hartman left her town of Peace River, Alberta, and spent the first few years of her music career busking on the streets of Indonesia, Australia, and New Zealand.

After teaching English in South Korea, she returned to Alberta, Canada, for University, where she further developed her gifts, studying English and Theatre by day, recording and performing songs she wrote by night, making friends, and building a loyal following.

The inspiration collected from her travels led to her first rustic self-produced Canadiana record, Passport which was recognized in Edmonton’s Vue Weekly Magazine as one of the top ten records of the year. When it was time to tour, she moved to New York, started bartending, and toured across several American states.

By 2008, Krista relocated to Toronto and began recording her second record, Nostalgia (a record that chronicled the characters she met while touring through the US). She was joined on the first single, “Broken in Two” by Juno Award-winning songwriter, Ron Sexsmith. The highlight of her year was performing a bilingual version of The Canadian National Anthem Canada’s Prime Minister at a Gala hosted by The Canada India Foundation.

By 2015, she had lived in St. Lucia and Chicago with her young family and ventured to Toronto to record her third record, Constellations- a catalog of songs devoted to the power of optimism.
Since Constellations, Hartman has been busy uncovering the gems that make her craft truly meaningful and aligned.

The songs she has written on this record were created shortly after a songwriters retreat on Bowen Island, British Columbia. “Having a balanced mind, body, and spirit is the key to a fulfilling creative path” she is convinced.
“Music is magic,” she says candidly. “That said, there are many times I could have convinced myself to quit had I failed to have gone inward. I’m so glad in retrospect that I have created my 4th record with Jordon Zadarozny,” Pembroke based producer also known as Blinker the Star.

Hartman’s personal life hints that she is a chameleon: a mother, an artist, a teacher, and a devout traveller who is dedicated to her path as a musician.
Krista is known for her desire to genuinely connect with others through her heartfelt music.

Her latest record, Transcend contemplates themes of existentialism and the supernatural world.

At this point in her adventures, one can find Krista Hartman writing songs near a quiet sunny window.

“Krista’s storytelling style is classic in the sense of 60’s folk and folk-rock tunes. She is able to touch that era and yet twist and turn the songs into a friendly modern feel while illuminating her life experiences. Those picturesque lyrics are the brush strokes that the listener follows to see the picture painted before their ears.