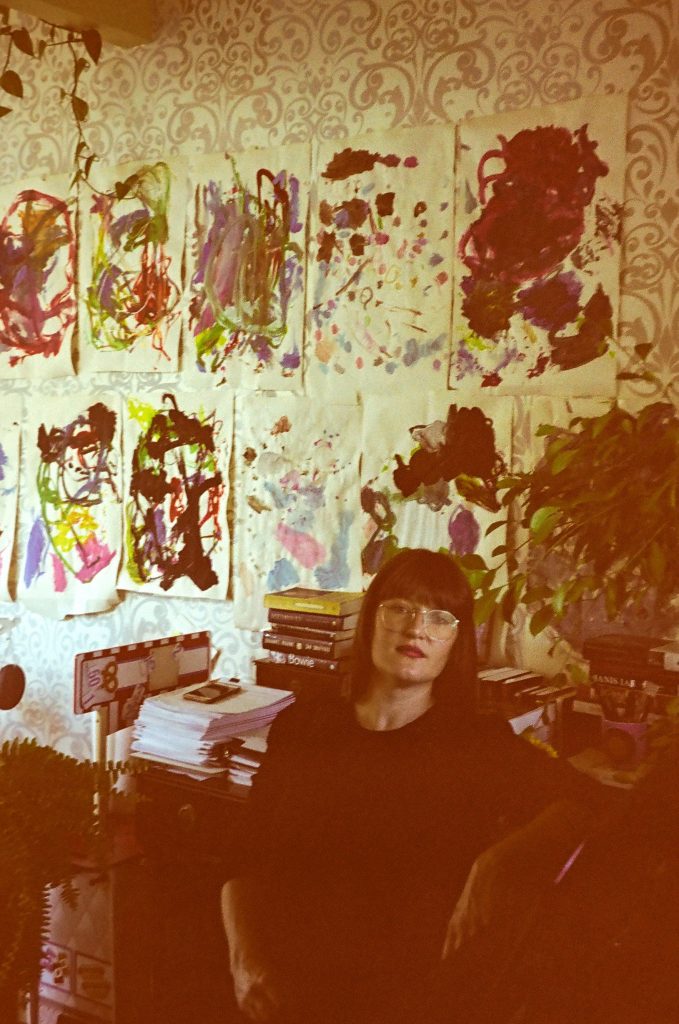 In her adopted hometown of Calgary (Moh’kinsstis, Treaty 7 land), Kenna Burima has earned a reputation as someone who can turn ideas into big projects, teach the unteachable and inspire people to come together. But at her core, Burima wears one label most proudly: musician.

Since her completing classical music education with an Artist Diploma in piano performance from Mount Royal University and a BMus from University of Calgary, Kenna’s love for all musical forms has seen her involved in a diversity of projects over the years; the indie-folk of Woodpigeon, the garage sludge of Brenda Vaqueros, and the retro-punk of LoveWaves. She currently plays keys in organ punk band Jeans Degrees and the sweaty stoner rock of Beaver Squadron and continues to work with other artists when time allows. Grandiose projects abound through the years nurturing Kenna’s compositional skill and style. Most notably long-time collaboration with iconic performance theatre company One Yellow Rabbit offered opportunities to utilize the largest and loudest of instruments, the carillon of the Calgary Tower. First composing the requiem Rico’s Requiem for long time member Richard McDowell upon his passing in 2014 followed by 2017’s The Calgary Songs Project, an ambitious transcription and arrangement of a thirty-song playlist comprised of Calgary songwriters stretching over thirty years. This work dovetails into her daytime concerns of teaching songwriting and piano to students of all ages at her home studio she shares with her husband musician and engineer Steve Fletcher and their 4-year-old daughter.

But the best way to figure out what drives Kenna is to delve into her solo albums; classical cabaret affairs that draw on her vast musical know-how. Pinning Kenna’s solo music down is no easy task — the complexities of her songwriting and performances reflect the heart of an artist who is never content to restrict herself to one genre, one project, or one set of rigid ideas. With her second solo album Hymn, Kenna used her boozy-cabaret-style pop songs (the beginnings born of a residency at the celebrated Banff Centre for the Performing Arts) to mine musical, political, and emotional ground, bravely reporting her findings with raw honesty and musical vulnerability. Swirling synths, resplendent horns, and Baroque fueled piano accompaniment underpinned a vocal depth harkening back to Blue Note singers and Motown belters. With Kenna’s recent work on her third solo album While She Sleeps, almost complete, she now turns inward from the angry intensity found on Hymn to unravel the quiet mysteries of creation. Gone are the trappings of large-scale band dynamics and musings on the societal ills of the day. It’s just her and a grand piano. And motherhood, she admits, has changed her. Most notably it seems through the necessity of process – the concept album is a direct reference to the entire album being written and recorded while her daughter sleeps. The album is slated for a 2022 release, first as an illuminated songbook designed by lifelong collaborator visual artist Brianna Strong and then as a fully animated album for auditory enjoyment online.
www.KennaBurima.com