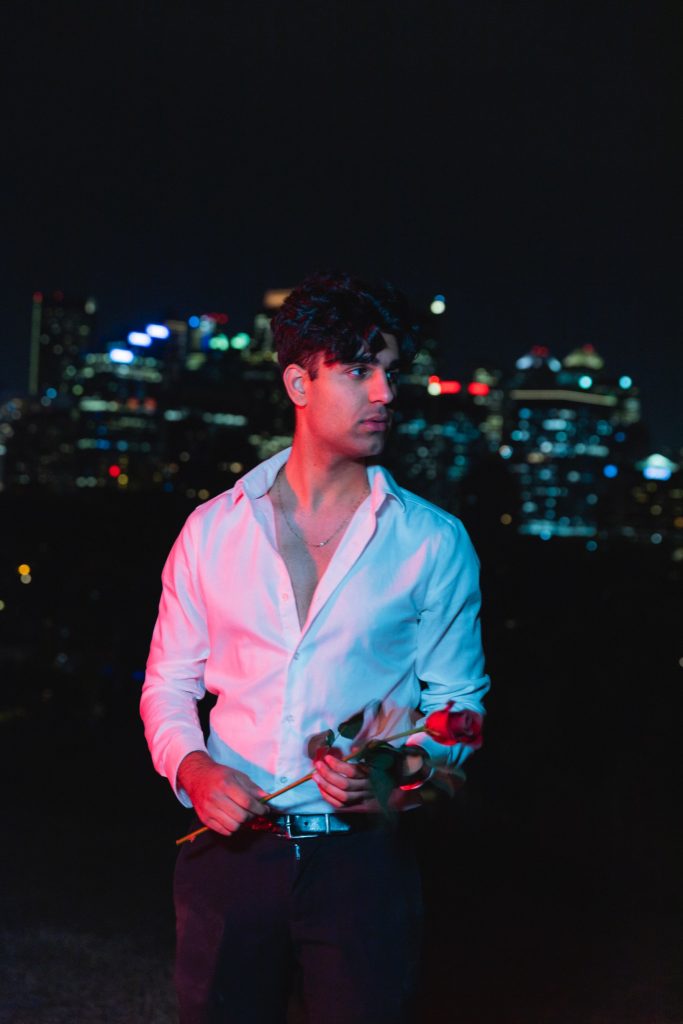 Like Canadian-born KAYAM’s Tanzanian, Kenyan, Indian, and British family history, the 20-year-old singer and songwriter’s music traverses a multitude of genres, including various forms of pop, hip-hop, and R&B. Upon the reinvented launch of his artist brand, International Q in March 2022 with his new synthpop-influenced single Paralyzed, KAYAM peaked at #40 on the Pop iTunes Charts and #130 on the Global All Genres iTunes Charts. Due to its success, Paralyzed was placed on Spotify’s Fresh Finds Pop and Fresh Finds editorial playlists. KAYAM quickly followed the success of Paralyzed with a collaboration track titled “This and That”. This song has been embraced by various gaming communities, contributing to its organic success. KAYAM has further strengthened his catalogue with the release of summer-inspired “Patagonia” and playful indie-pop record “Undercover Lover”. Additionally, KAYAM boasts performance experience alongside OVO’s Roy Woods in July 2021, Bryce Vine at the Calgary Stampede in July 2022, his sold out Calgary headline show in August 2022, co-signs from Ali Gatie and Giveon in 2022, and significant numbers and recognition from CBC Radio, Virgin Radio, HipHopDX, SideDoor Magazine, the Toronto Star, and more. With both an ever-growing resume and an ever-present passion for music and marketing, KAYAM is the young Calgarian artist to look out for.