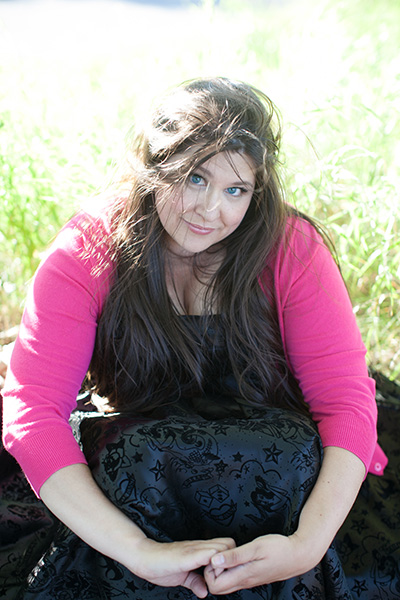 When people call her a singer/songwriter, Joni Delaurier is quick to correct them.
“I’m definitely more of a songwriter/singer. It’s an important distinction for me,” says Delaurier. “I may never grace the stage of a stadium but creating words and music… yeah, that’s definitely my thing.”
Named after a Conway Twitty song (Don’t Cry Joni), and born into a large musical family, Delaurier comes by her talents honestly. “My mother has 15 brothers and sisters. They all sing and play guitar. I had to learn harmony just to get a word in edgewise,” she quips.
Delaurier’s first cut, “Pickup Truck”, co-written with husband Troy Kokol, was featured on country artist Shane Yellowbird’s freshman release, “Life Is Calling My Name”. At the 2007 Canadian Country Music Association (CCMA) Awards, the song was nominated for Single of the Year, Video of the Year and Kokol and Delaurier were nominated for SOCAN Songwriter of the Year. The song ended up being one of the top 10 Canadian country singles in 2007 and won the duo a SOCAN award for Country Music in 2008, securing their presence in the industry as songwriters.
In 2009, Delaurier had another cut with Canadian country trio The Higgins. “Second Hand Car” which was a top 40 success on Canadian country radio, and a top 10 video on CMT Canada. Delaurier continues to write and have cuts with other Canadian artists, including CCMA Female Vocalist of the Year nominee Tenille, Chris Henderson and Katie Love Hess.
As a performer, Delaurier emerges as a fresh voice on the Canadian musical landscape. Her debut album, Heart Like This gives her own voice to her songs. Her voice has been described as ‘pure’ and ‘genuine’ and with track after track of unapologetic lyrics and lilting melodies, Heart Like This creates a compilation of heartfelt songs that will resonate with multiple genres of song lovers.