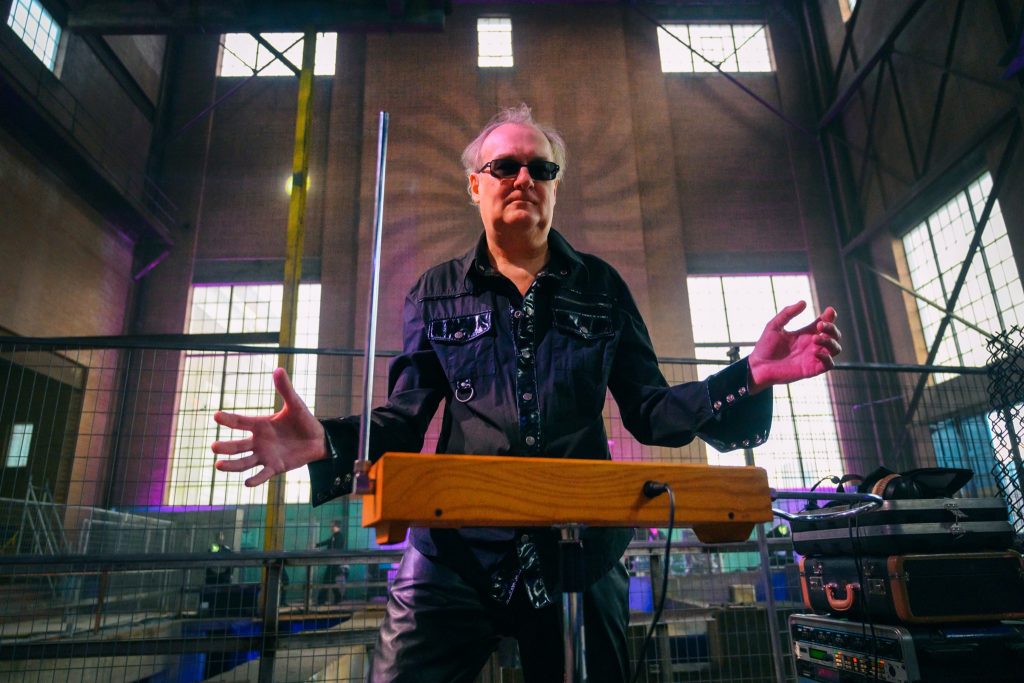 John is an artist and producer who has been performing and recording music for more than 30 years. His main instrument is the Theremin, one of the world’s oldest electronic instruments. He augments his performances with beats, loops, electronic percussion, and effected vocal stylings.

In the early 90s, he played bass on albums by The Al Brant Band, The Eclectics, and Preston Willams. After a few years of performing with cover band, Naked Ape, John recorded a solo album of original compositions, toured for a while with Wendy McNeill, and began playing with experimental fusion trio, The Ancestors. The Al Brant Band eventually reformed as The Stone Merchants and released 2001’s “Have Another Blue Juice, Mister” which featured several of John’s compositions. The band morphed into SMAC and released two more albums before disbanding in 2005.

After filling the role of bass player for 15 years, John moved on to become a Theremin player and started utilizing beats, loops, and other electronic instrumentation. His first electro based project was LEO .fx, which featured didgeridoo player Vince Sanregret. In 2010, John rejoined Tom Roschkov & Kelly Pikula from SMAC to form Johnny Quazar & the Swingbots, a space rockabilly band. In 2012, John organized the writing and presentation of a rock opera entitled Awakening the Green Man.

In recent years, John has been performing solo or as a guest performer with a variety of bands including The Party on High Street, McGowan Family Band, and others. He has recorded a new collection of songs with Tom Roschkov, Jen Paches, Dale Ladouceur, and assorted session players. His new band, Bordeaux, showcases both new songs and material from his varied back catalogue.