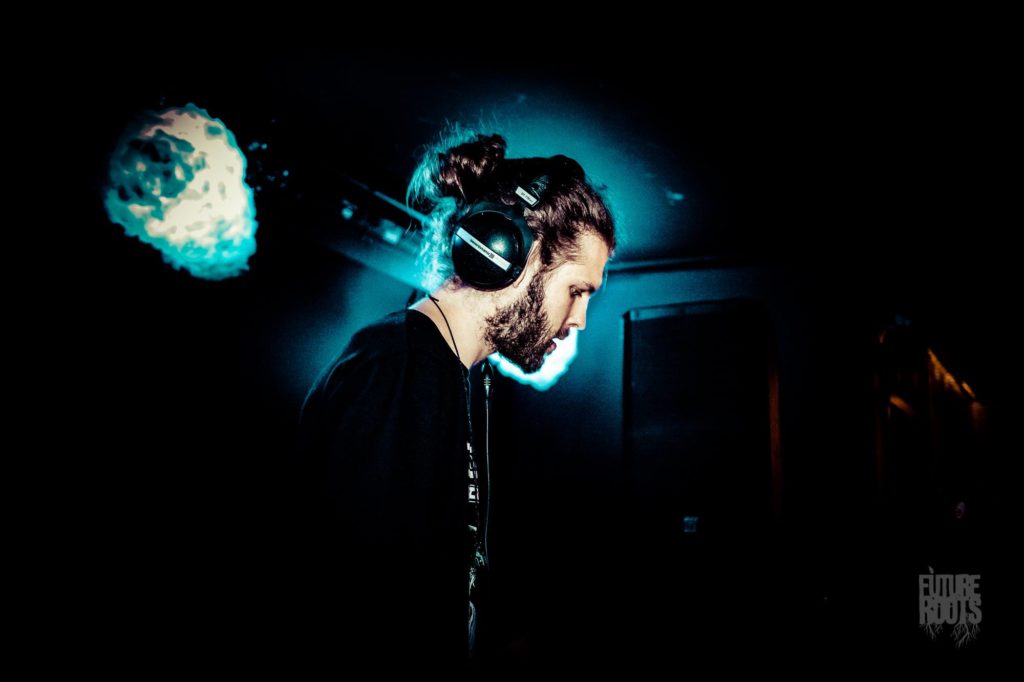 Using sound to explore energy, emotion, and shifts in consciousness is Jake’s intention when writing and performing music. Consistently delivering engaging and diverse sets composed entirely of original productions, Jake takes you on an evolving climactic journey through different genre’s and styles. Over a decade of electronic music production under various alias’ has given him a wide authentic sonic palette. Lately he’s taken influence from DnB, jungle and footwork, and incorporates uplifting melodies, dynamic soundscapes, lush bass and powerful drums. These elements all culminate into a unique experience taking you on a wild ride through space and sound.
After releasing 5 EP’s, countless remixes and international touring including the Zeds Dead Living Dead Tour, and The Village at Shambhala 2011 with his previous project Knight Riderz, Jake decided to focus on his solo production in 2012.
Jake Robertz has since released music on Future Roots Records, Really Good, Adapted and Muti Music, and is set to release a ton of new material in 2018. He’s been a staple of the Edmonton electronic music scene since 2008, regularly opening up for headlining artists including Machinedrum, Om Unit, Sam Binga, Kastle, UZ, 12th Planet, Greezus, Mat The Alien and The Librarian.
Jake is relentless in the studio, constantly working on new material. So you can expect every set to contain some brand new, unheard surprises!