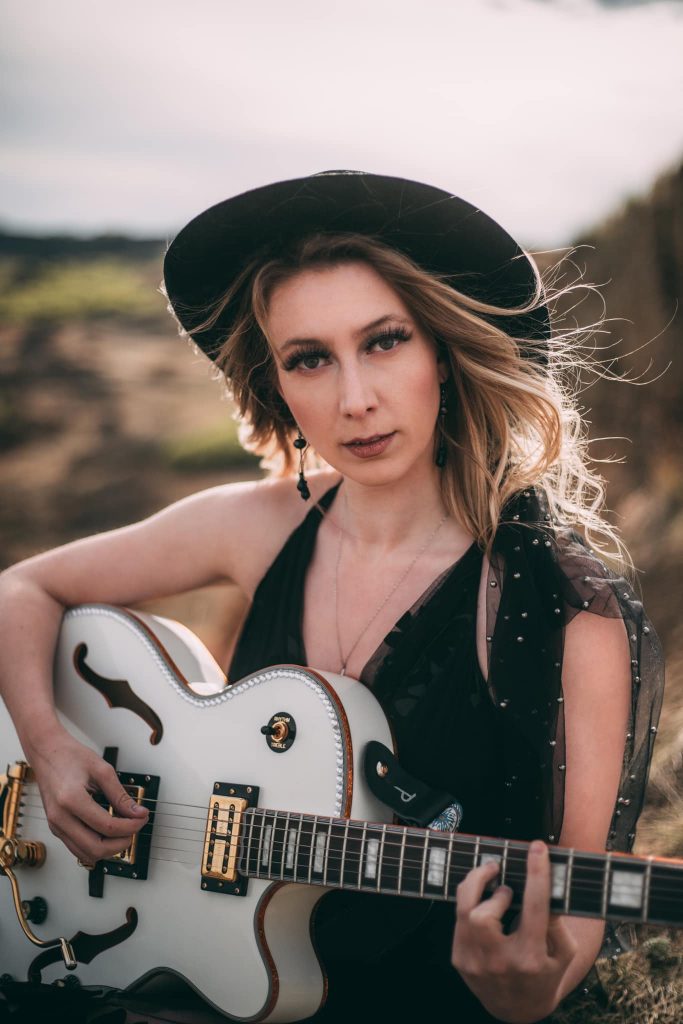 From a young age and growing up with her music-loving parents, it was not unusual to walk into the Muzichuk household and see Jacquie’s dad playing the guitar and Jackie running around the table with her younger brother, singing along to a Johnny Cash song. Throughout her life, Jacquie attended singing classes, piano and guitar lessons along with partaking in musical theatre. Naturally, she was drawn to playing the guitar, writing and eventually wanting to be in a band. With that being said, Jacquie has participated in Musical Theatre to Country to Metal to Rock n Roll and partaking in multiple bands as either a lead singer, backing vocalist or guitarist, Jacquie Daniels is truly a jack of all trades in the music scene. While Jacquie is a multi-instrumentalist her main focus is being the frontwoman for both her bands: One being an Outlaw Country band called Dime and Eyes, who have recently released their first single “Give In To Me” and the other being a Hard Rock band called Jacquie Daniels and the Jokers who have opened for the likes of The Damn Truth, Sloan, One Bad Son & Bif Naked (in 2021).

While attending SOCANS Masterclass Writing Brian Howes said that Jacquie Daniels embodies rock & roll legends such as Jim Morrison, or Janis Joplin on stage, paired with Grace Slick’s powerhouse vocals, makes for a deadly combination. Jacquie Daniels is known for providing bar none entertainment while on stage, the band’s show is ever-evolving and one thing to note is Jacquie is the true wild card, you will never know what to expect when you see her.