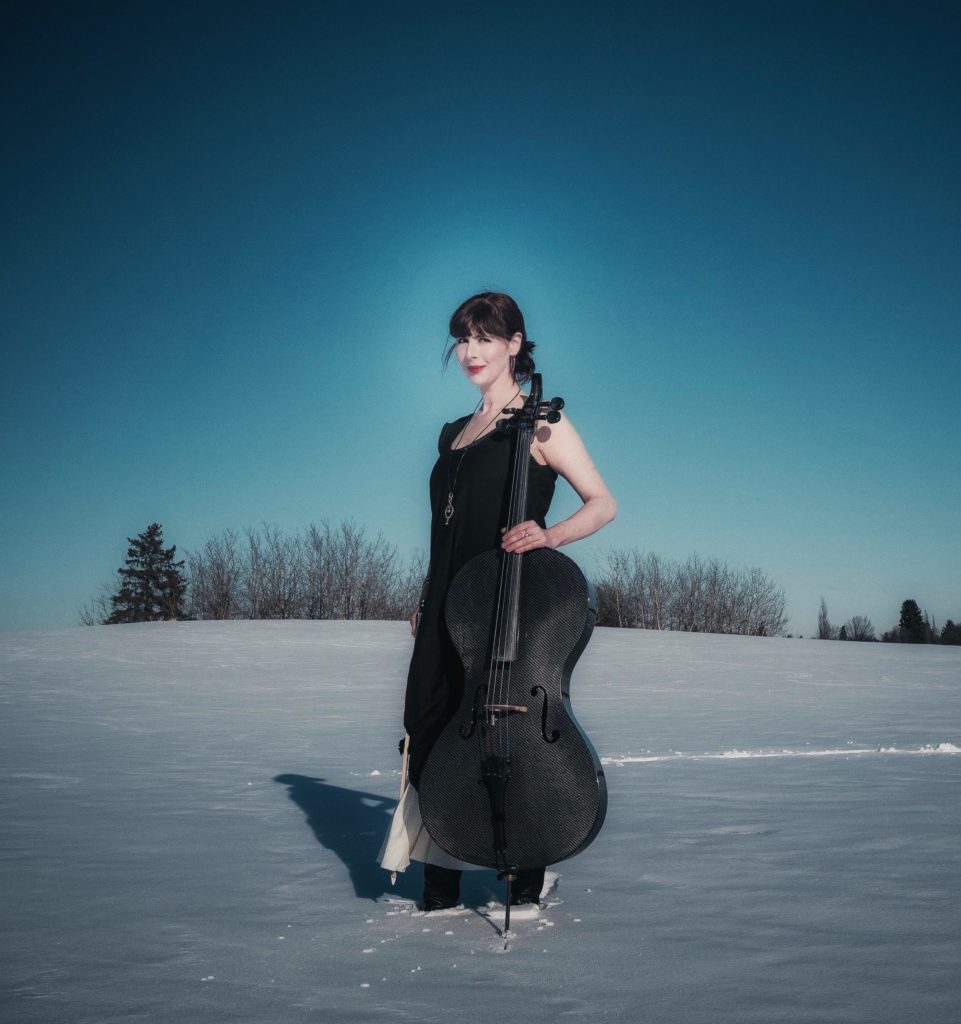 Music has taken Christine from touring Canada’s High Arctic with a tango trio, to playing traditional music in the Outer Hebrides of Scotland.
While classically trained, In her roles as a cellist,composer and sound designer, Christine is eclectic in her musical explorations.
Her experience included compositional commissions, arranging, studio, theatre, television, film composition, and performing as an ensemble musician with a variety of groups that play classical, folk, pop-jazz, and experimental music.
Hanson’s original compositions are featured in her compelling multi-media production “The Cremation of Sam McGee”- taking the audience in tandem across the snowy landscape on a magical journey!
She is also an experienced instructor, teaching professional master classes, and workshops on both sides of the Atlantic.
Christine won CBC’s Galaxie Award for Best New Artist at Canada’s JUNOfest 2006.