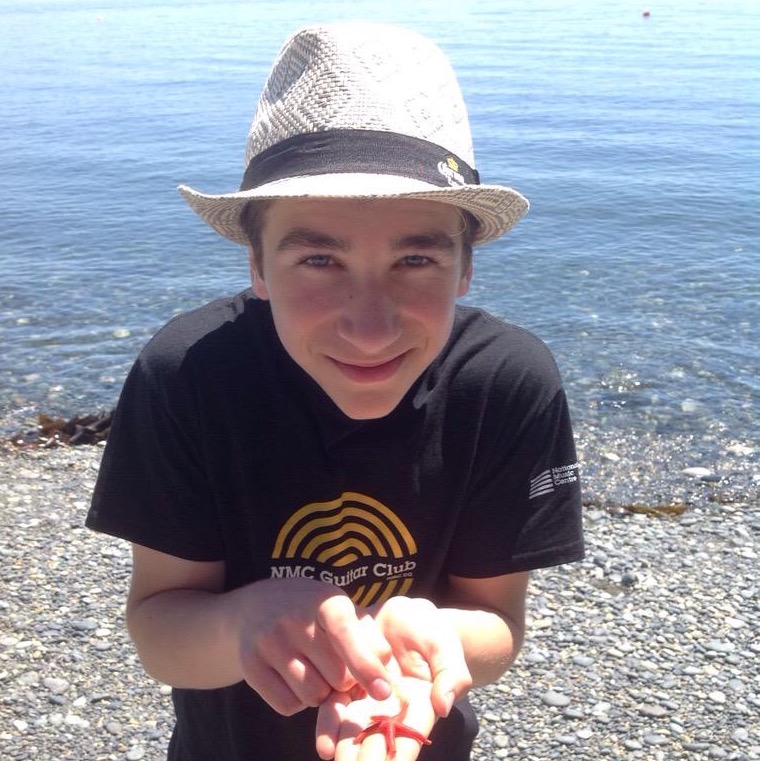 Christian Bennett is a 16-year old singer/songwriter and guitarist from Calgary. His songs are wise beyond his years, with a style infused by blues, folk and an alternative vibe. Christian sings about relationships, life, feelings and people – sprinkled with youthful musings. His voice is captivating and wistful. He tells his stories as well lyrically as he does with his guitar, setting the tone with fresh and satisfying chord progressions.

No novice to performing – Christian was in The Young Canadians of the Calgary Stampede from age 11 to 13. He placed in the top 30 at YTV’s auditions in Edmonton for The Next Star in 2013. Picking up an old acoustic, he joined the National Music Centre’s Guitar Club and played his first Gig Night a month later; then he turned 14. Within six months he was writing his own songs.

Christian has appeared at open mic nights and was 1 of 10 finalists in the Youth Blues Challenge at ATP (2016). With hopes of finding like-minded musicians to start a band and jam with, Christian joined Yo MAMMA – Youth Musicians Of Music Mile Alliance.