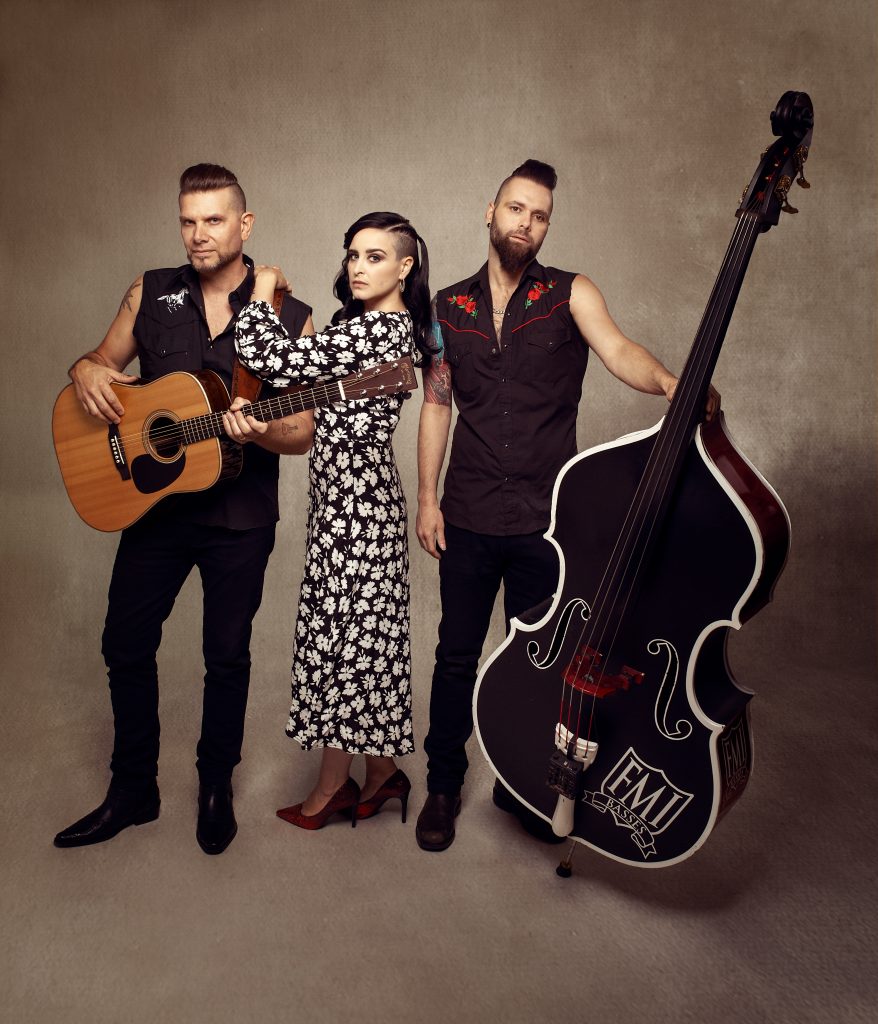 In 2019 Noelle and Jesse Burch created The Promised with the incredibly talented upright slap bass player Casey Shalala. They were accepted into the 2019 Breakthrough Country music project Top 12 and after two rounds of tough competition they were named 1st Place Grand Prize winners.
Working with MyTone Records, they released their first single/music video in July of 2019. Both their first and second releases (“We Could Be in Love” & “Don’t Take Me Down) were licensed to the American TV show Virgin River’s 2nd season, and they were filmed performing both songs on the show.
In August of 2019, The Promised teamed up with Country Rebel, the world’s largest Country music network to release a series of live videos of their original music. Their latest video (“I Ride”) amassed over 270,000 views in its first week.
In their inaugural year, The Promised played on the Sunfest mainstage as an acoustic trio, just prior to headliner Jason Aldean as well as were nominated for 3 BCCMA Awards (Roots/Traditional, Ray McAuley Horizon Award, and Video of the Year)
With tight harmonies and a powerful sound, their music captures you within its story. Their chemistry on and off stage is undeniable, and their energy will keep you wanting more.