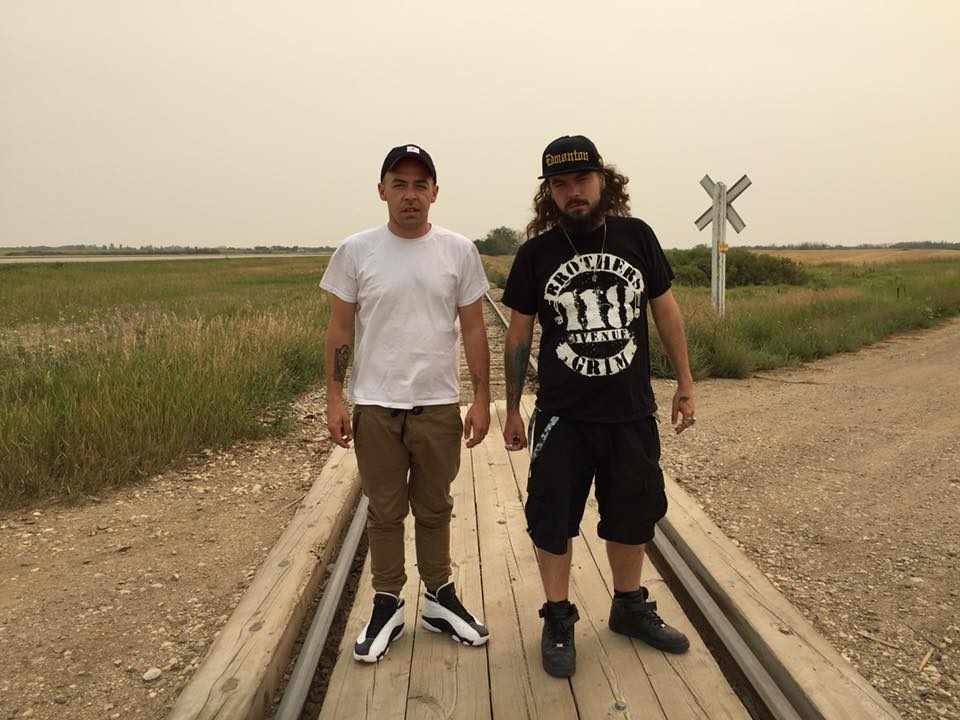 For the last 15 years Brothers Grim have performed over 200 times across Canada, released over 30 music videos, 5 albums, numerous mixtapes and EPs and have developed a fiercely loyal following. Real life brothers Komrade & Pat Grim hail from the 118 Avenue in Edmonton, Alberta, Canada.

With 4 national tours under their belts (2013 w/ Madchild & Slaine, 2016 w/ Alpha Omega & Adlib, 2017 first national headlining tour, 2018 Beverly Boys Canadian Tour) the brothers have developed a live performance that is energetic and captivating. From some of the smallest towns in Canada (Unity, SK – a grim favorite) to crowds as large as 20,000 (Vancouver 420 Celebrations) the Brothers Grim are always sure to leave you entertained.

Known for innovate underground music, energetic & entertaining live show and visually appealing music videos, the brothers have emerged as veterans in their city and a force to be reckoned with in Underground Hip Hop.