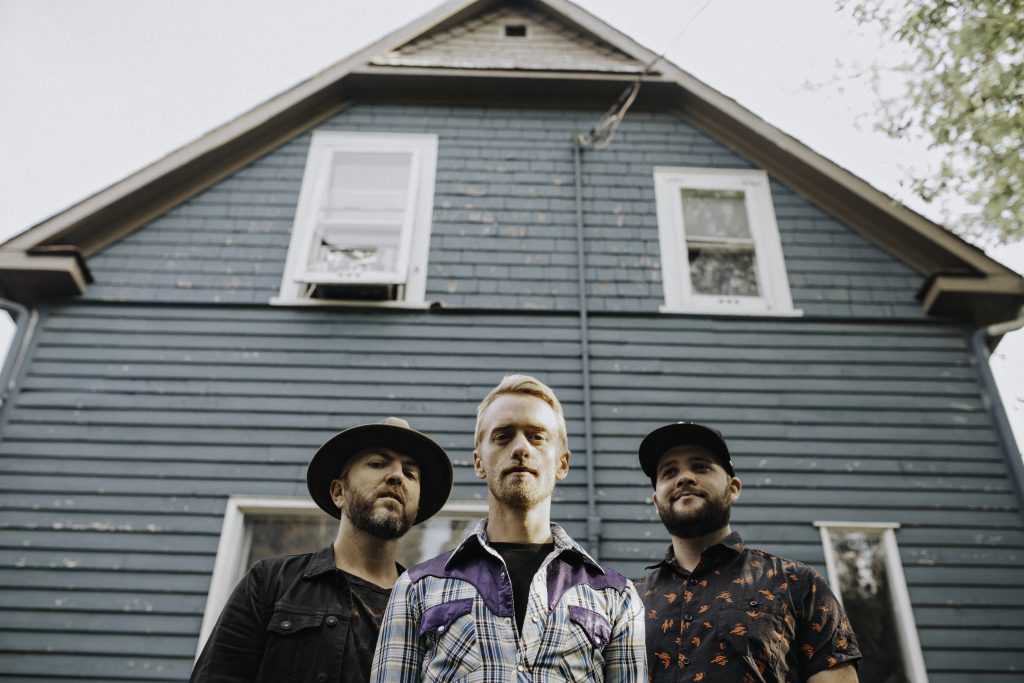 “It’s a massive, old-school, melodic rock record that sounds as if it lifted itself out of the leather-clad, ’70s world of rock and lumbered defiantly and unironically into a time when it actually sounds fresh and pretty fucking cool.” – Mike Bell ( www.theyyscene.com )

Bowcott & The New World is a 3 piece alt-rock band formed in Calgary, Alberta, Canada in 2018. The band is Jay Bowcott (Vocals and Guitar), Darryl Swart (Drums) and Brent Rossal (Bass).

They are unapologetic guitar rock, drawing influences from bands like Thin Lizzy, The Rolling Stones and The Black Crowes. Bowcott and the New World are a band that gets your heart racing and fists pumping.

It was recorded in 3 different studios. Drums were done in an old converted Mormon Temple in Salt Lake City, guitars at OCL Studios in Calgary, and vocals and overdubs at Parkhill Studio.

2019 will see the band releasing their first single to national, Canadian radio and working on an international tour for the late Fall.

For tour dates and to hear the music, please follow the links to the tour or music pages as well as our bookings page for performance enquires.